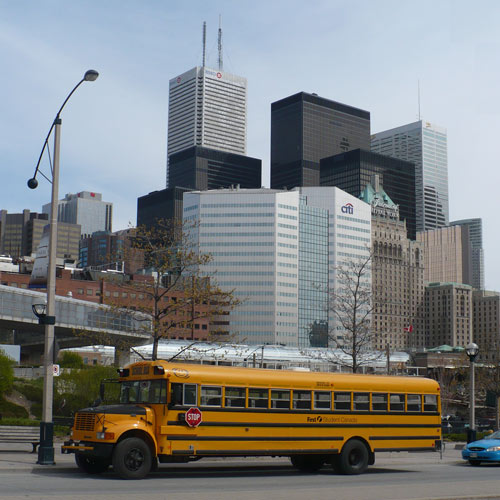 School buses running in Toronto after deal gets finalised

Unfifor Local 4265 which represents the bus drivers in Toronto and the York Public and Catholic School boards said it had finally reached a tentative deal with the school bus company, First Student Markham, after a night long discussions, to avert the impemding strike.

With a possible strike, more than 18,500 kids from different school boards, based in Toronto and York Region would have to find alternative means to go to school.

“This should bring a lot of relief to the parents and the kids,” Montgomery said. “They’ve had a rough start to the year. We’re glad we were able to avert the situation by attaining a deal.”

The deal came as a surprise to the parents and kids, as all were advised on Wednesday to make alternate arrangements for children on affected routes.

Unifor presented an offer to First Student around 1 a.m., when the two decided to sit over and discuss. There were lot of disagreements in between, but the union was finally able to get a hike for the bus drivers as part of a new three-year agreement.

“The bargaining committee has worked pretty hard. We’re pretty wiped out all of us right now – it’s been a long, hard bargaining (session),” Montgomery said.

The deal, however is still not confirmed from the driver’s part, but regular service is expected to continue while the processes take place in the background.

The negotiations came months after certain bus routes found a difficulty with the shortage in school bus drivers and their wages.