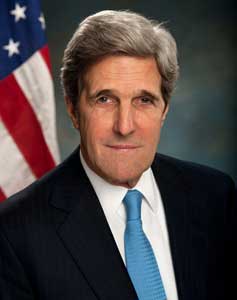 Nuclear program of North Korea is a major challenge to global security: USA

In a joint press conference with Chinese foreign minister Wang Yi,  US Secretary of State John Kerry said: "One is the issue of the nuclear program of the DPRK, North Korea – a major challenge to global security, one of the most important issues of security to the United States of America."

North Korea on Jan 6 claimed that it has successfully tested a hydrogen bomb.
The Asian nation  made the announcement after a 5.1 magnitude earthquake was detected close to nuclear test site.