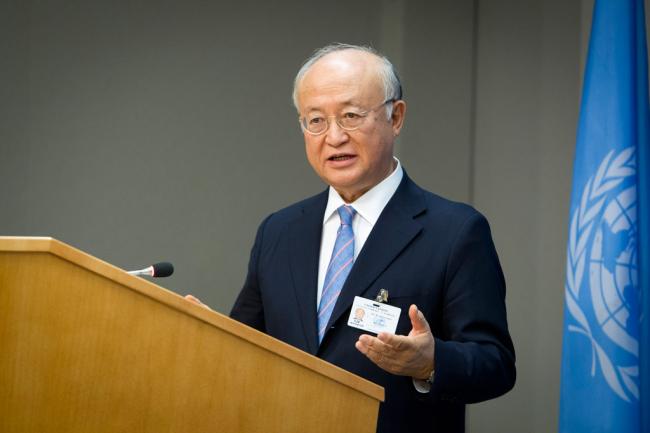 The Agency’s role under the Joint Comprehensive Plan of Action – the agreement concluded in Vienna on 14 July by the so-called E3+3 [China, France, Germany, Russia, the United Kingdom and the United States] and Iran – as well as the Road-map agreed between the IAEA and Iran were among the issues discussed at the meeting between Director General Yukiya Amano and members of the Senate Committee on Foreign Relations.

“I explained why the two agreements will significantly strengthen the Agency’s verification work in Iran,” Amano said in a statement to the media after the meeting.

The Joint Comprehensive Plan of Action, he said, will enable the Agency to implement the Additional Protocol in Iran, giving the inspectors wider access to information and sites.

He said, “It will also require Iran to take other transparency measures. As a result, we will know much more about the nature of Iran’s nuclear activities.”

Amano also spoke about the Road-map which the IAEA and Iran agreed to on 14 July, following the agreement reached between international negotiators and Tehran.

“The Road-map will help us clarify outstanding issues relating to possible military dimensions to Iran’s nuclear programme. It is robust and has strict timelines,” he stated.

“With these two agreements, we have a unique opportunity to resolve past issues and undertake a wide range of verification activities. I am confident that we have the expertise and experience to do the job,” he added.

Under the Road-map, Iran is required to provide written explanations to the IAEA by 15 August regarding a number of outstanding issues that have yet to be resolved.