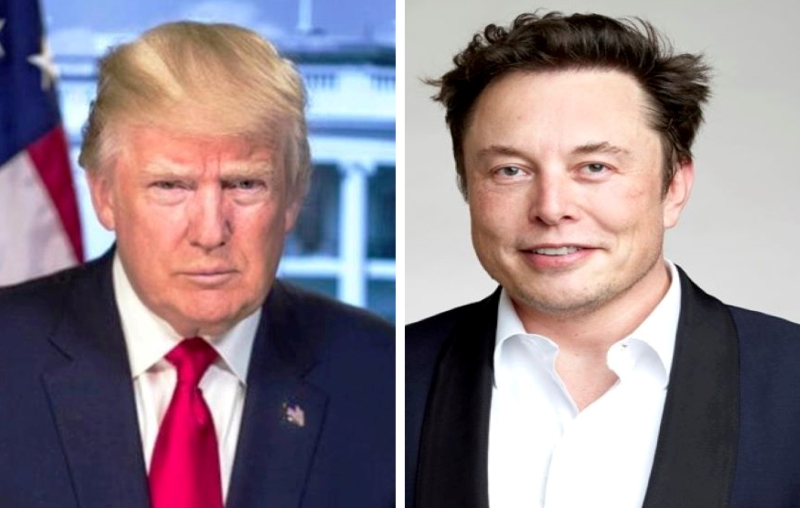 San Francisco: Former US President Donald Trump’s Twitter account was restored after a thin majority of Twitteraties supported his return in a poll launched by the microblogging site’s new owner Elon Musk on Saturday.

Trump’s account was suspended early last year over his role in the January 6 attack on the US Capitol by his supporters seeking to overturn the results of the 2020 US presidential elections.

"The people have spoken. Trump will be reinstated," Musk tweeted, shortly after the 24-hour Twitter poll on his account ended.

"Vox Populi, Vox Dei," he added, repeating a Latin adage he also posted Friday, meaning "The voice of the people is the voice of God."

This comes days after Trump announced he would be in the race again for the White House.

Over 15 million users out of 237 million daily Twitter users voted in the poll seeking people’s opinions on whether to reinstate the controversial profile, with 51.8 percent in favour and 48.2 percent against.

Trump had 88 million users when his account was suspended.

He actively used the platform as a mouthpiece during his presidency, posting policy announcements, attacking political rivals and communicating with supporters.

Several of his political allies welcomed him back to the platform.

Twitter’s billionaire boss posted the poll Friday, asking people to reply with a simple “yes” or “no” to his statement "Reinstate former President Trump".

However, Trump has ruled out a return to Twitter even as he praised Musk for his stand.

"I do like him... you know, he's a character and again, I like characters," he said during a video address on Saturday at a gathering of the Republican Jewish Coalition, reported AFP.

"He did put up a poll and it was very overwhelming... but I have something called... Truth Social."

He had no plans to return as he had no reason to do it, he maintained, the AFP report said.

Trump underscored that he would remain on his own network Truth Social which was launched after he was banned from Twitter.