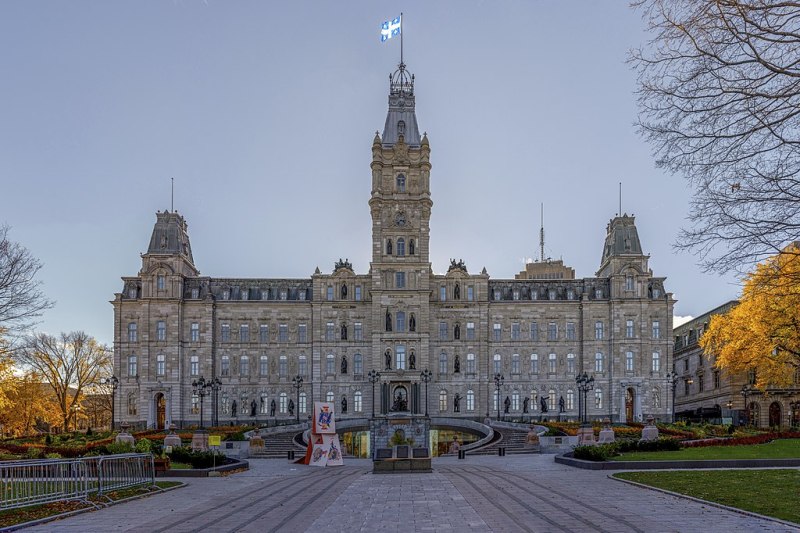 Ottawa/IBNS: In a vote, this week at the Quebec’s National Assembly adopted its language bill overhauling the Charter of the French language.

In recent weeks thousands holding protests had been denouncing the bill for impeding the rights of anglophones, allophones, and Indigenous communities escalating in dissent over Bill 96.

Large in scope, limiting the use of English in the courts and public services, the Bill imposes tougher language requirements on small businesses and municipalities.

The number of students who can attend English-language colleges, known as CEGEPs -- (Collège d'enseignement général et professionnels) known officially in English as a "General and Vocational College" --  is also capped by this bill

According to the bill, there is an increase in the number of French courses students at the colleges must take.

Bill 96 became law earlier this week, after weeks of protests over concerns it would infringe on the rights of anglophones, allophones, and Indigenous communities.

The Coalition Avenir Québec (CAQ) government’s assertion that the new law would do no such thing was disagreed with by many legal experts.

The Law was voted against by two opposition parties, the Parti Québécois and Quebec Liberal Party.

While the Parti Québécois said the legislation did not go far enough in protecting the French language in Quebec,  Dominique Anglade, Quebec Liberal Party Leader denounced the bill’s use of the notwithstanding clause, saying it goes too far.

The notwithstanding clause allows a province to override basic freedoms guaranteed by the Canadian Charter of Rights and Freedoms.

The government applied the clause to the entire bill, instead of just applying the clause to specific parts of Bill 96, and made every aspect of the law immune to legal challenges based on the charter.

Despite expressing unease about the clause in the bill, Québec Solidaire voted in favour. The clause asks refugees to learn French within six months of arrival, after which they can no longer access services in another language

It would have been preferable, Pascal Bérubé, the Parti Québécois’s language critic reportedly said, to see the law extend the Charter of the French language to CEGEPS meaning francophones and the children of people who did not attend English school would have to attend CEGEP in French.

Canada’s justice minister, David Lametti listed a range of potential issues with the controversial language law and added he would not rule out taking part in a legal challenge against Quebec’s newly adopted Bill 96.

Concerned about how the law would potentially affect justice in both French and English, Indigenous rights, and healthcare access, Lametti said the federal government would monitor the implementation of Bill 96 before deciding whether it should intervene.