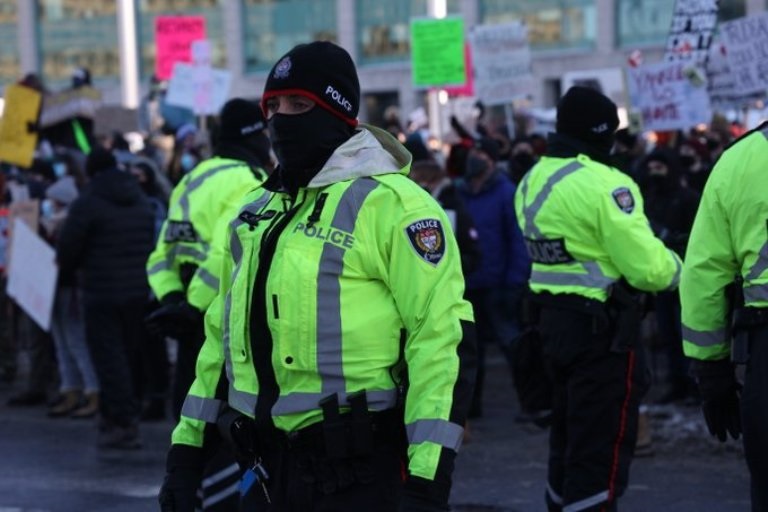 Ottawa/IBNS: Canada's House of Commons sitting in Ottawa to debate the controversial Emergencies Act starting Friday was cancelled as police continue to deal with the fourth week of the protest, said Anthony Rota, Speaker of House of Commons in a tweet.

Members of Parliament (MPs) were supposed to discuss in a daylong debate the government's emergency orders that took effect earlier this week, including freezing bank accounts of protest participants, not allowing people from assembling in specific places that threaten trade, critical infrastructure, individuals or property, the illegality to bring children within 500 meters of the blockades and provide supplies or property to participants.

The #HoC will not sit today, Friday, February 18. A police operation is expected in the downtown core of Ottawa. Given these exceptional circumstances, and following discussion with all recognized party leadership, the sitting today is cancelled. https://t.co/MnjVU13dUy

These measures facing a legal challenge from the Canadian Civil Liberties Association were expected to be passed in the House of Commons, with the Liberals and NDP supporting the plan and the Conservatives and Bloc Quebecois opposing it.

"We are closely monitoring the police operation in downtown Ottawa today and will await further advice from security officials on Parliament Hill on when the House can reopen," he wrote and added that a final vote on the measures will happen early next week.

2/ We are closely monitoring the police operation in downtown Ottawa today and will await further advice from security officials on Parliament Hill on when the House can reopen. We hope that can occur Saturday.

Ottawa's downtown core remains locked down with about 100 checkpoints on Friday morning, to prevent protesters from entering the zone.

Demonstrators have refused to budge with fires under their tents set up near the vehicles to stay warm despite police warnings to leave or risk arrest and other tough sanctions.