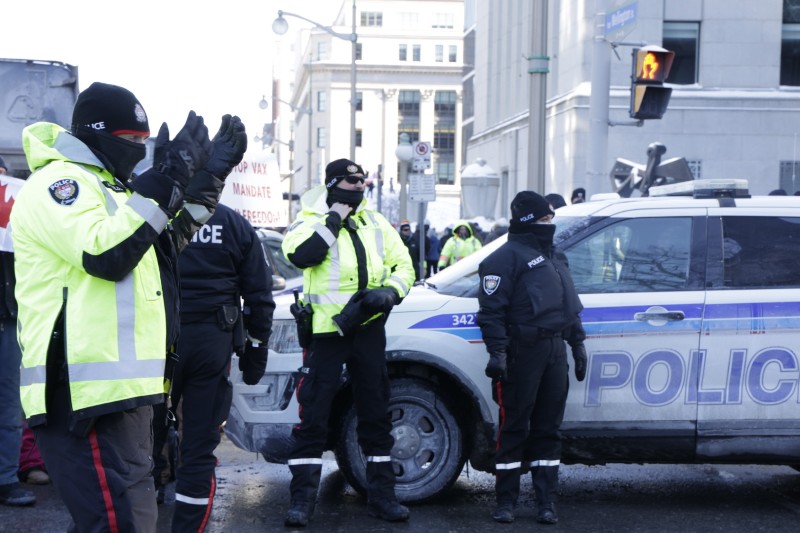 Ottawa/IBNS: Amid Ottawa residents' frustration with six days into a protest around Parliament Hill in the Canadian capital, the police has said that there is no clear indication when the agitation would end.

"I can't give you a definitive, it can last one day, two days or weeks,'" police Chief Peter Sloly told council members during a public briefing Wednesday afternoon.

He reportedly explained that this protest is more than a local event but is of provincial and national scope and the demands being made by the protesters are political.

He noted that the protest is not under any police chief's purview.

Although the number of protesters has shrunk from thousands to hundreds last weekend, those remaining there with their vehicles on downtown streets reportedly seemed determined to stay until their demands are met.

On top of that this weekend it is expected protest reinforcements would come to town and crowds in the downtown would again grow.