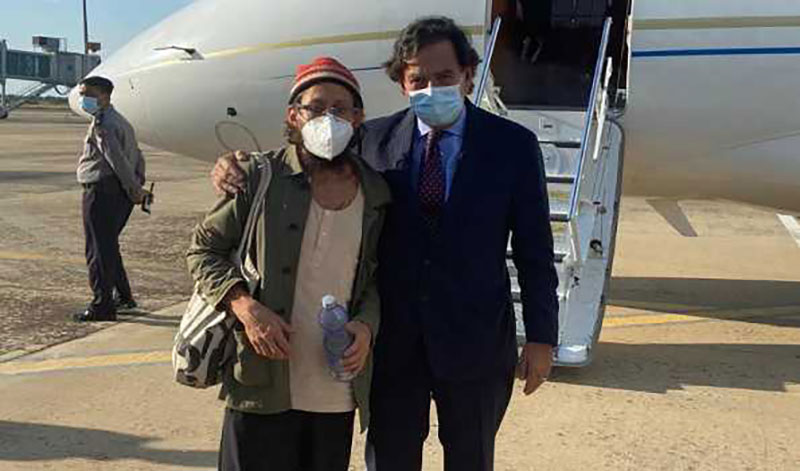 Naypyidaw/UNI: The military government of Myanmar pardoned and released the American journalist Danny Fenster on Monday, days after his conviction on Nov 12 on charges of violating visa laws and unlawful association.

He was sentenced to 11 years in prison.

The military government of Myanmar announced that Daniel Fenster was pardoned and deported at the request of the Chairman of the Japan Myanmar Friendship Association Hideo Watanabe and Former governor of New Mexico of USA Bill Richardson among others.

The official statement said that Daniel Fenster was pardoned with a view to maintaining the friendly relations between nations and humanitarian grounds.

Daniel Fenster left for the USA with the former New Mexico Governor Bill Richardson on Monday.

Daniel Fenster was the managing editor of the online news portal Frontier Myanmar.

He was arrested on May 24 while he was about to board a flight to Malaysia from Myanmar.

He was the third foreign journalist arrested by the military government since it ousted the civilian government led by State Counsellor Aung San Suu Kyi on Feb 1.

The two other journalists from Poland and Japan were freed and deported earlier.