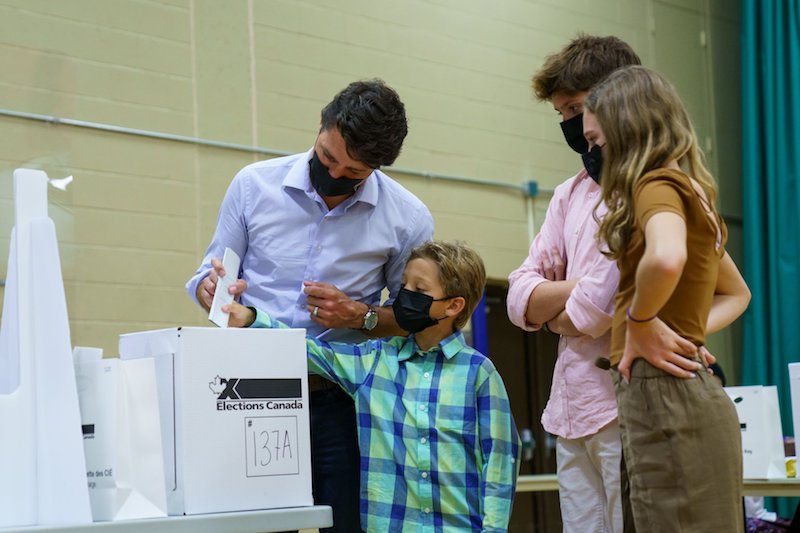 Ottawa: Canada is voting today to choose its next federal government amid the pandemic with the electorate set to pick the 338 members of Parliament as opinion polls suggested a neck and neck fight between the Conservatives and the Liberals led by incumbent Prime Minister Justin Trudeau.

According to media reports, the first polls began in Newfoundland on the east coast  at 8:30 am local time.

According to Election Canada, there are over 27 million people on the National Register of Electors.

"Just voted — you should too," posted Trudeau on Facebook after casting his ballots.

Erin O'Toole of opposition Conservative Party after casting his ballots tweeted: "Proud to cast our ballots today, make sure you do the same! #SecureTheFuture."

Proud to cast our ballots today, make sure you do the same! #SecureTheFuture pic.twitter.com/Q6iTsU2Ubh

The voting to choose a new parliament was necessitated after Justin Trudeau called a snap poll hoping to clinch a parliamentary majority and get rid of a hamstrung minority government of two years.

However, his gamble could prove counterproductive and opinion polls predict he is on an edge because of voter fatigue and public dissatisfaction with an election amid the pandemic.

Trudeau called the elections hoping that his center-left Liberal Party of Canada will garner enough seats in Parliament and stop dependency on the support of opposition to pass legislation.

The opposition Conservatives are led by Erin O'Toole.

Experts predict voter turnout as a major factor for Trudeau amid fears of a low turnout owing to the pandemic fatigue and possibilities of longer queues at the booths to adhere to the social distancing compulsion.