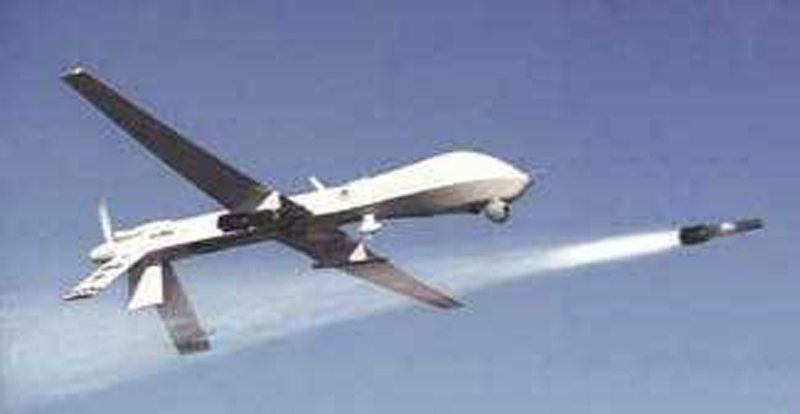 Washington/Kabul/UNI: The Pentagon on Friday acknowledged that a drone strike in Kabul on August 29 killed as many as 10 civilians, including seven children, and it’s “unlikely” they were associated with the ISIS-K or were a threat to the US forces.

"It was a mistake, and I offer my sincere apologies," General Kenneth McKenzie said.

A US CENTCOM investigation found the US strike initially described as “righteous” killed an innocent aid worker and his family, including seven children.

What they saw being loaded into the car was not explosives but jugs of water.

US intelligence had tracked the man's car for eight hours, because it had been seen at a compound associated with the terrorist group Islamic State-Khorasan, the Pentagon said.

The inquiry found the car’s movements corresponded with other intelligence about the terror group's plans for an attack on Kabul airport.

At one point, a surveillance drone saw men loading what appeared to be explosives into the trunk of the car, but it turned out to be containers of water.

The strike happened as the aid worker - named as Zamairi Akmadhi - pulled into the driveway of his home, located 3 km from the airport.

The drone strike set off a large secondary blast, which US officials initially said was proof that the car was indeed carrying explosives, but which the investigation found was most likely caused by a propane tank in the driveway.

Relatives of the victims told the BBC that they had applied to be evacuated to the US, and had been waiting for a phone call telling them to go to the airport.

One of those killed, Ahmad Naser, had been a translator with US forces. Other victims had previously worked for international organisations and held visas allowing them entry to the US.

"It's wrong, it's a brutal attack, and it's happened based on wrong information," Ramin Yousufi, one of the relatives said.

He added, tearfully: "Why have they killed our family? Our children? They are so burned out we cannot identify their bodies, their faces."