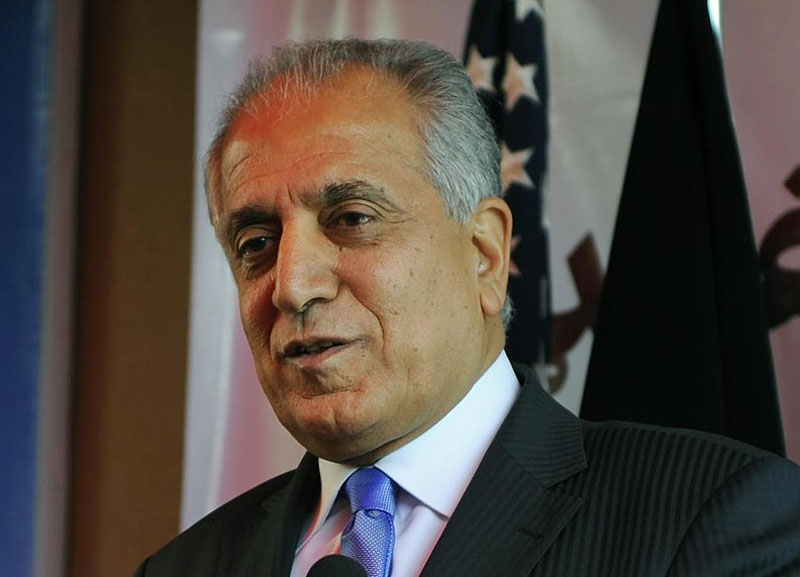 US envoy Khalilzad leaves for Doha for talks on Afghanistan: State Department

Moscow/UNI/Sputnik: US Special Representative for Afghanistan Reconciliation Zalmay Khalilzad has left for Qatari capital Doha to hold talks on Afghanistan and urge the Taliban to stop offensive, the State Department said in a statement.

"U.S. Special Representative for Afghanistan Reconciliation Ambassador Zalmay Khalilzad departed for travel to Doha on August 8. Ambassador Khalilzad will be in Doha to help formulate a joint international response to the rapidly deteriorating situation in Afghanistan," the State Department said.

"In several planned rounds of meetings over three days, representatives from countries in the region and beyond as well as from multilateral organizations will press for a reduction of violence and ceasefire and a commitment not to recognize a government imposed by force. He will press the Taliban to stop their military offensive and to negotiate a political settlement, which is the only path to stability and development in Afghanistan," the statement said.

It said the increased tempo of Taliban military engagement, civilian causalities and alleged human rights atrocities are of concern.

"A negotiated peace is the only path to ending the war, and the United States will continue to work with all parties and with regional and international stakeholders to advance a consensus on a political settlement," it said.