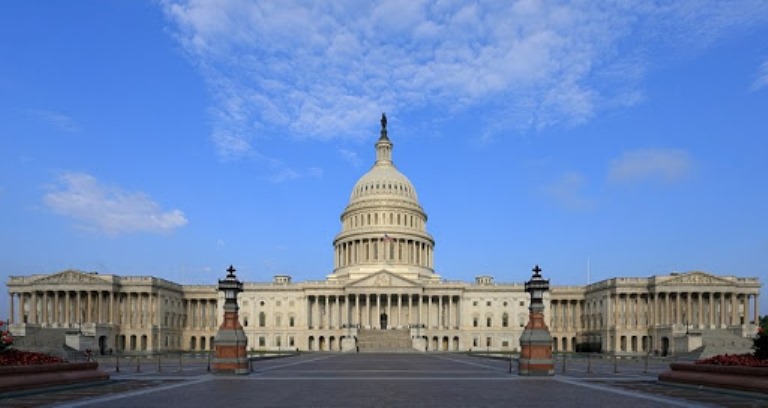 Washington/Sputnik:  Two individuals have died in the latest attack on the US Capitol, including the suspect and a police officer who was injured in the incident, acting US Capitol Police Chief Yogananda Pittman said on Friday.

"The suspect rammed his car into two of our officers and then hit the north barricade barrier. At such time the suspect exited the vehicle with a knife in hand," Pittman said in a press conference.

She added that one of the two police officers rammed by the vehicle died from his injuries.

US National Guard soldiers have been deployed to the US Capitol after the knife-wielding suspect rammed a car into two police officers at a checkpoint, a Sputnik correspondent on the scene reported on Friday.

Soldiers carrying riot shields and other protective equipment deployed to guard the perimeter around the Capitol building after the incident, the correspondent reported.

The National Guard told Sputnik none of its troops were injured in the attack on the Capitol. Some 2,200 guardsman had been deployed previously.

US House Speaker Nancy Pelosi has ordered the flags on Capitol Hill to be flown at half-staff after a police officer died in an attack, Deputy Chief of Staff Drew Hammill said on Friday.

"Speaker Pelosi has ordered the flags at the US Capitol to be flown at half-staff due to the death of a US Capitol police officer in the line of duty today," Hammill said via Twitter.

Hammill also said the flag lowering will probably take longer due to the lockdown around the Capitol.

The attacker has been reported dead. Police say they are investigating whether the attacker had any terrorism-related motive.