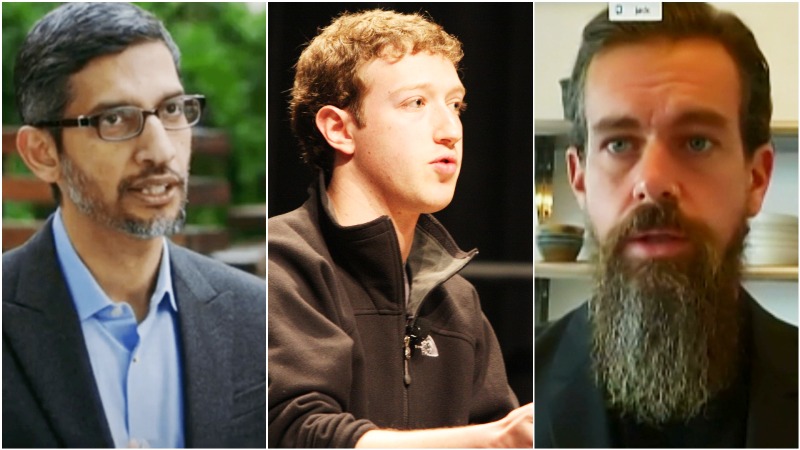 Washington/IBNS: The US Congress has grilled the CEOs of tech giants Facebook, WhatsApp and Google over their brands' role in fueling the violence at the US Capitol in January this year and also for spreading misinformation about Covid-19 vaccines.

During a hearing by the House Energy and Commerce Committee, lawmakers came down heavily on Facebook CEO Mark Zuckerberg, Google CEO Sundar Pichai, which owns YouTube too; and Twitter chief Jack Dorsey over their content policies.

They were grilled over the mechanism of use of consumers’ data and children’s media use.

The committee's chairman ruled that the time for self-regulation is over and now they would be held accountable to the legislature.

The tech giant's executives were questioned on their companies' role in creating a social environment of political polarization, hate speech and violence against minorities.

“We always feel some sense of responsibility,” Pichai reportedly said while  Zuckerberg used the word “nuanced” several times to insist that the issues can’t be boiled down.

“Any system can make mistakes” in moderating harmful material, he was quoted as saying in media reports.

Lawmakers also blamed the companies’ contents for poisoning the minds of children and inciting violence at the US Capitol earlier this year.

The three CEOs, however, staunchly defended their companies’ efforts to remove the rising trend of toxic content posted and circulated through their platforms.

They also mentioned their efforts in balancing freedom of speech.

Meanwhile, the US Congress is mustering support to impose new curbs on legal protections regarding free speech through these platforms.

Both Republicans and Democrats, including President Joe Biden as a candidate, have called for removing some of the protections under Section 230 of a 25-year-old telecommunications law that shields internet companies from liability for users' contents.