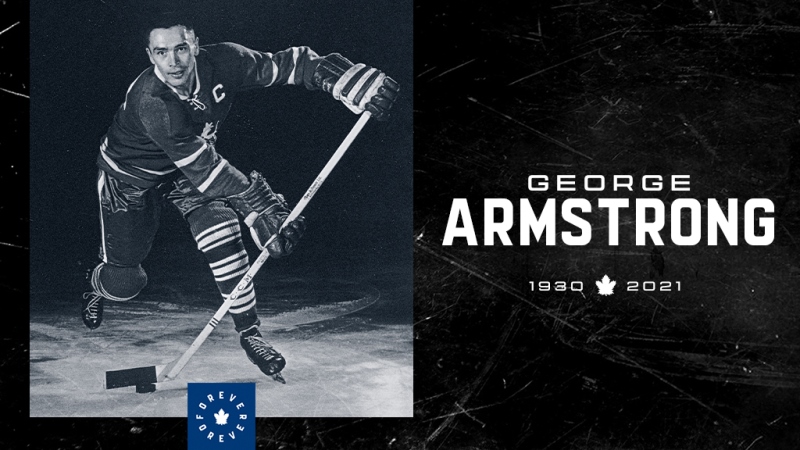 Canada/IBNS: The Toronto Maple Leafs on Monday mourned the death of George Armstrong, one of the first players of indigenous descent, to play professional hockey. He was 90.

The Maple Leafs confirmed the death Sunday on Twitter.

Named one of the One Hundred Greatest Maple Leafs of all-time, an honoured member of the Hockey Hall of Fame has been inducted in it in 1975, and 41 years later George was voted No. 12 on the franchise's list of 100 greatest Maple Leafs in its centennial season.

George was a member of the Maple Leafs family for 75 years, having first signed the organization in 1946 and had been a distinguished player, captain, coach, assistant general manager, scout, community ambassador, and alumnus.

With skating for his entire 21-year NHL career with the Maple Leafs, with 12 as their captain. George helped Toronto capture four Stanley Cups.

"George is part of the very fabric of the Toronto Maple Leaf organization and will be deeply missed," said Toronto Maple Leafs President & Alternate Governor Brendan Shanahan in a statement. "A proud yet humble man, he loved being a Maple Leaf but never sought the spotlight even though no player played more games for Toronto or captained the team longer. Always one to celebrate his teammates rather than himself, George couldn't even bring himself to deliver his speech the day he was immortalized on Legends Row."

A statement was released by the Leafs on Sunday with the words from Armstrong's unread speech that night.

"Hockey is a great game and I love it. I am part of a fading generation that you will never have again. Every one of us is one of a kind, that will never be repeated. To all of my friends and acquaintances, thank you for your advice and direction, that helped make me who I am today ... a very, very happy person."

The Toronto Maple Leafs extend their deepest condolences to the entire Armstrong family including his wife Betty, their children, and grandchildren.