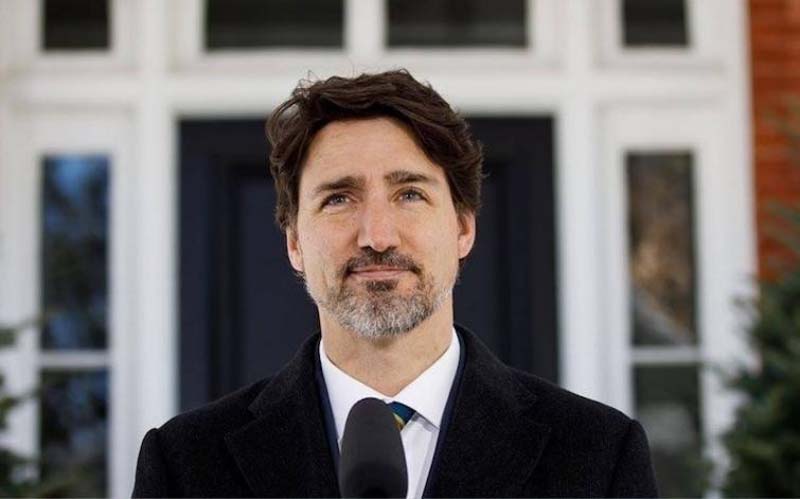 Ottawa/IBNS: After learning from Pfizer on Thursday that delays to COVID-19 vaccines' shipments are going to be even worse than previously thought, Canada's Prime Minister Justin Trudeau, spoke to the biopharmaceutical's CEO-Albert Bourla by phone on Thursday.

Ford said earlier this week, that although he doesn't blame the federal government for delays of COVID-19 doses, he wanted Trudeau to do more to push the delivery.

Until Thursday, all calls between the federal cabinet and Pfizer had been handled by Canada's Procurement Minister Anita Anand.

Maj.-Gen. Dany Fortin, the military commander now overseeing the vaccine logistics for the Public Health Agency of Canada said Thursday that only 79,000 doses, one-fifth of what was once expected would be delivered in the first week of February.

Being unsure of what will follow the week after, Fortin said Canada's receipt of doses over three weeks is going to be just one-third of what had been planned.

Many provinces were forced to cancel vaccination appointments due to the delayed doses and reconsider timing for second doses.

Fortin said the delay in doses would hit some provinces harder than others because of limits on the way the Pfizer doses can be split up for shipping.

The delicacy of the vaccine requires ultra frozen temperature until shortly before injecting it.

These specialized coolers, with GPS thermal trackers, are packed and shipped directly to provincial vaccine sites.

Pfizer has promised, said Fortin, that a delay would not affect the delivery of four million doses to Canada by the end of March

With the current known delivery schedule, said Fortin, the company will have to ship more than 3.1 million doses over 7 1/2 weeks to meet that commitment.

Last week Fortin had said that a factory expansion at Pfizer's Belgium plant was going to slow production, cutting Canada's deliveries over four weeks in half to enable Pfizer to ship hundreds of millions of more doses worldwide over the rest of 2021.

In the meantime, Moderna has promised two million doses by the end of March.