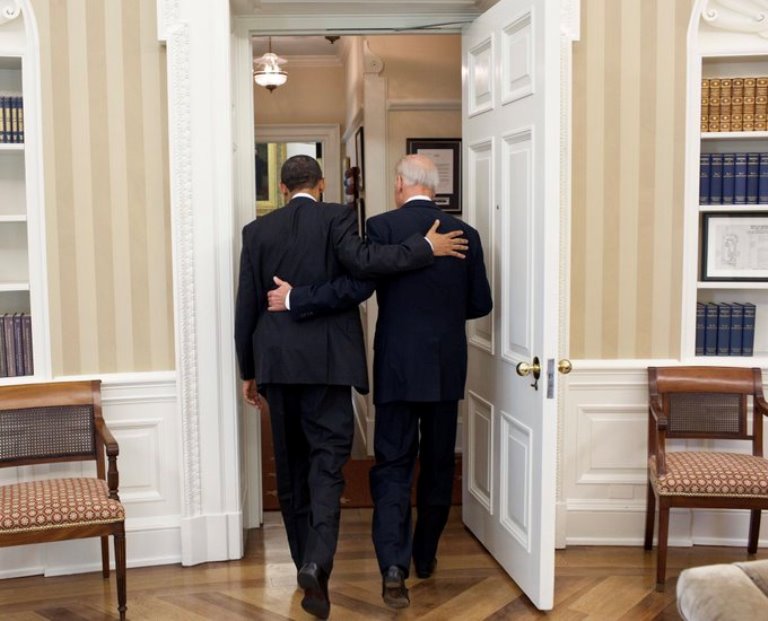 "This is your time": Barack Obama congratulates Joe Biden

Washington/IBNS: Former US President Barack Obama on Wednesday congratulated Joe Biden with a meaningful photo ahead of the Democrat leader's oath-taking ceremony.

In a tweet, Obama said: "Congratulations to my friend, President @JoeBiden! This is your time."

Congratulations to my friend, President @JoeBiden! This is your time. pic.twitter.com/LXzxGnBAfz

Joe Biden is all set to take oath as the 46th President of the United States in a grand inauguration ceremony on Wednesday.

Biden, who is known around the world for his stint as the vice president during the Obama administration, will be the oldest person ever to be sworn in as president of the country. He turned 78 in November 2020.

He along with Vice President Kamala Harris would take oath at the  59th Presidential Inauguration ceremony which will be held at the West Front of the US Capitol.