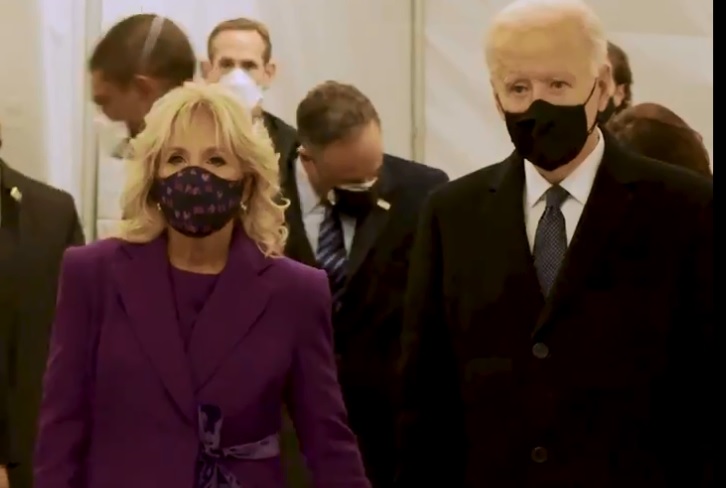 'New day in America': Biden tweets ahead of taking oath as 46th US President

Washington/IBNS: As Joe Biden is all set to take oath as the 46th President of the United States, the Democrat leader tweeted that it is a "new day in America" ahead of the inauguration ceremony.

"It's a new day in America," Biden wrote on Twitter only minutes after outgoing President Donald Trump flew out of Washington at the end of a controversial four-year presidency.

It’s a new day in America.

Trump left Washington on Wednesday just three hours ahead of the inauguration of his successor Joe Biden, saying it had been an "incredible four years" and promising to be "back in some form."

"I just want to say goodbye but hopefully it's not a long-term goodbye," Trump told reporters at the White House before he and First Lady Melania Trump walked a short red carpet and boarded Marine One for the helicopter ride to Joint Base Andrews.

Meanwhile, Biden and his Vice President Kamala Harris have already arrived at the Washington DC for the inauguration.

Biden earlier attended a mass at St Matthew's Cathedral in Washington, DC, accompanied by Democratic and Republican leaders of Congress in a symbol of unity ahead of his inauguration.