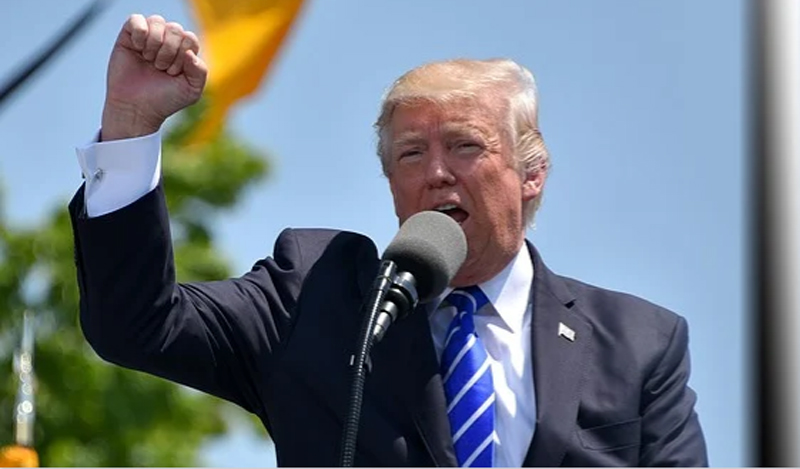 A day after riots in Capitol Hill, Donald Trump commits to 'orderly' transition of power

Washington/UNI: A day after the unprecedented storming of the US Congress by his supporters US President Donald Trump on Thursday announced his committment to an "orderly" transition of power.

His tweets came even as top Democrats called for his removal from office, just 13 days before he is due to step down.

This is the first time that Trump has publicly acknowledged his defeat in last November's presidential election, even though he has continued to make baseless claims that his electoral defeat was the result of a major voter fraud caused by his opponents.

Trump returned to Twitter on Thursday evening, following a 12-hour freeze of his account after the social media company which said that his tweets could risk more violence. In new video message, he said: "Now Congress has certified the results a new administration will be inaugurated on January 20th.

He also praised his "wonderful supporters" and promised "our incredible journey is only just beginning".

The brazen breach of the seat of US government forced Vice-President Mike Pence and lawmakers to be evacuated and postpone for several hours their certification of Biden's victory over Trump.

On Thursday, the top congressional Democrats, House of Representatives Speaker Nancy Pelosi and Senate Democratic leader Chuck Schumer, urged Pence and Trump's cabinet to remove the president for "his incitement of insurrection."