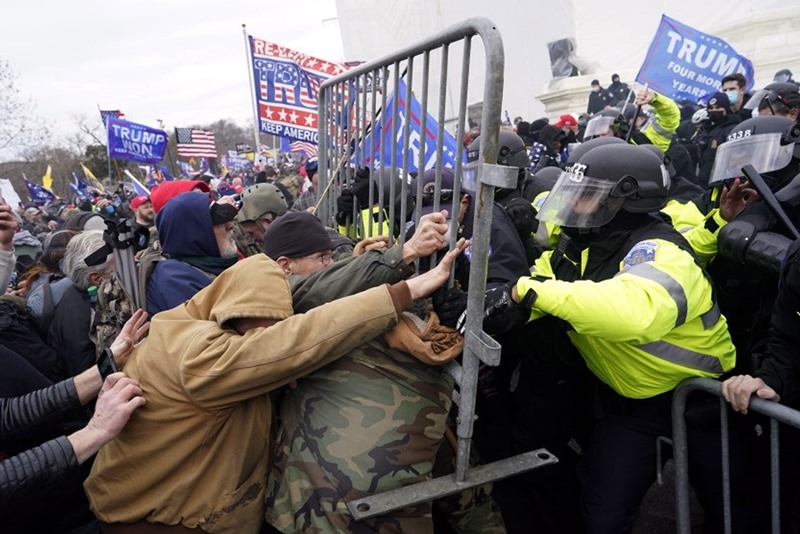 Moscow/Sputnik: Violent electoral protests in Washington, D.C. made it clear that US democracy derailed, which means the United States no longer has the authority to dictate policies to other countries, Konstantin Kosachev, the chairman of the Russian upper house's foreign affairs committee, said on Thursday.

On Wednesday, supporters of outgoing US President Donald Trump stormed the US Capitol as Congress was set to certify his electoral defeat to Joe Biden. The unrest and clashes with the police left four people dead.

"The celebration of democracy is over. This is rock bottom, unfortunately, and I say this without a bit of gloating. The United States no longer charts the path and, therefore, has lost all rights to shape it, let alone impose it on others," Kosachev said on Facebook.

The Russian lawmaker outlined his views on what could have caused the crisis in Washington, which included, among other things, the fact that "the defeated side in the election had more than enough reasons to accuse the victors of falsifications."

"The American democracy has obviously grown lame on both feet," Kosachev added.

Leonid Slutsky, the head of the Russian lower house's international affairs committee, reacted in a similar vein, saying that the United States is positively no longer the world's "beacon of democracy" with grounds to enforce electoral standards upon other countries.

"The boomerang of 'color revolutions,' as we can see, has returned to the United States. All this threatens to turn into a crisis of the US governance system in the new century," Slutsky told journalists.

The lawmaker believes that the Capitol Hill unrest came as a result of a "split of American society into two" and has "definitely cast a shadow over the democratic power transition process."

US Congress is due to finalize the certification of Electoral College votes later on Thursday.