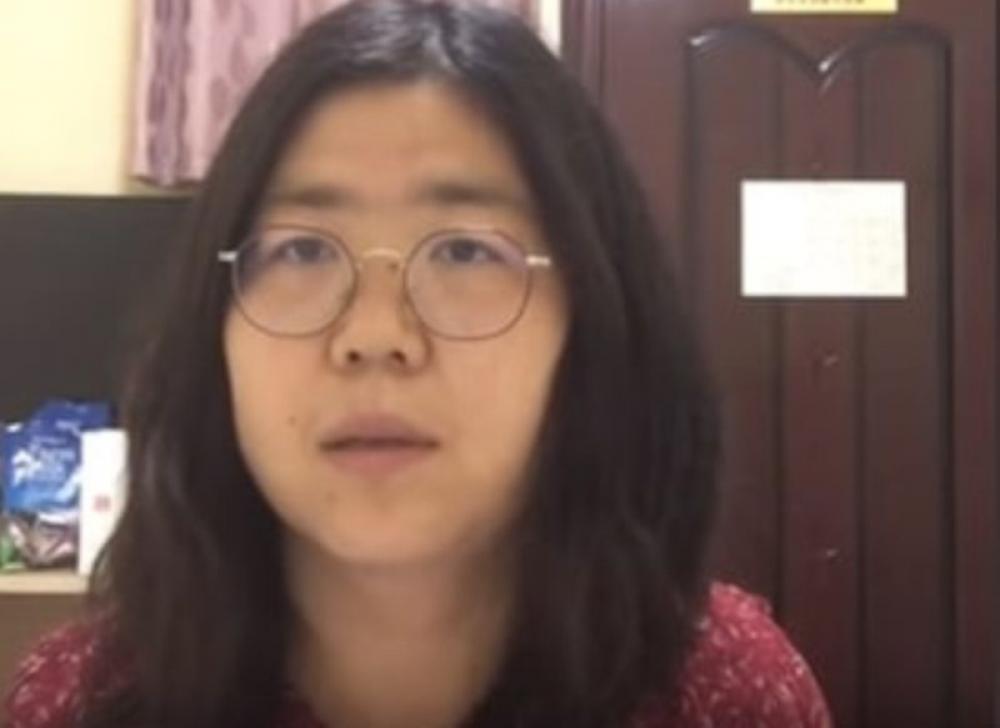 Washington/UNI: The United States on Tuesday urged the People's Republic of China(PRC) to release citizen journalist Zhang Zhan, who had documented the initial stages of the outbreak of the coronavirus in Wuhan.

On Monday, a Shanghai court sentenced Zhang to four years in prison on charges of 'disseminating information that provokes conflict'.

Terming Zhan's conviction 'persecution' and a 'sham conviction', US Secretary of State Mike Pompeo released a statement on Tuesday saying

"The United States strongly condemns the People’s Republic of China’s (PRC) sham prosecution and conviction of citizen journalist Zhang Zhan on December 28. We call on the PRC government to release her immediately and unconditionally," Pompeo said.

Pompeo said the Chinese Communist Party (CCP) has shown once again that it will do whatever it takes to silence those who question its official line, even regarding crucial public health information concerning the spread of the novel coronavirus pandemic in China and beyond.

"Lying is a feature, not a bug of authoritarian regimes. The CCP restricted and manipulated information about the COVID-19 outbreak in Wuhan from the start and brutally silenced other brave truth-tellers, such as Dr. Li Wenliang, Chen Qiushi, and Fang Bin," he said.

Pompeo noted that the world relied on uncensored coverage of citizen journalists like Zhang to understand the true situation regarding the coronavirus outbreak in Wuhan and the brutal measures implemented to stop its spread.

"Her hasty trial, to which foreign observers were denied access, shows how fearful the CCP is of Chinese citizens who speak the truth," he said. "The PRC government’s fear of transparency and its ongoing repression of fundamental freedoms are a sign of weakness, not strength, and a threat to all of us. The United States will always support the right of Chinese citizens to express themselves freely and peacefully."

Zhang covered the coronavirus outbreak from Wuhan in February, exposing the methods employed by the Chinese authorities to contain its spread as well as the state of affairs in local hospitals.

Zhang has been held at a detention center in Shanghai's Pudong district since mid-May. In June, she started to refuse to take any food to protest her arrest.