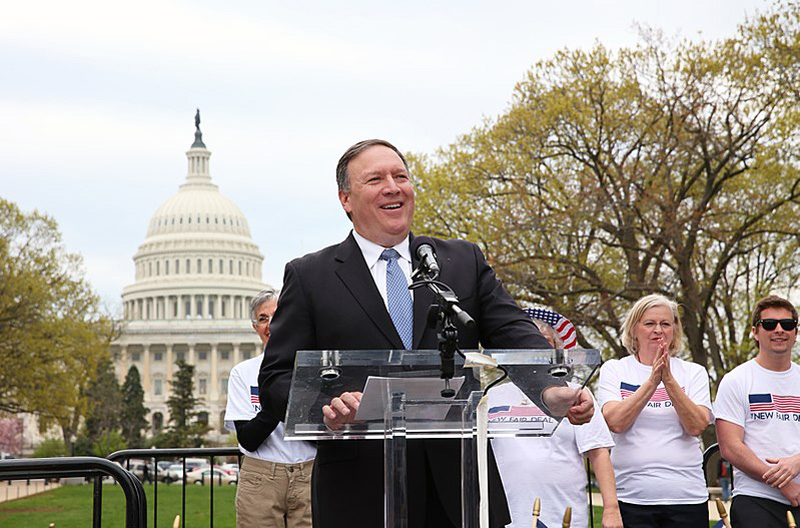 "China’s authoritarian rulers impose draconian restrictions on the Chinese people’s freedoms of expression, religion or belief, association, and the right to peaceful assembly.  The United States has been clear that perpetrators of human rights abuses like these are not welcome in our country," read a statement issued by the US Secretary of State Mike Pompeo.

"Today, I am announcing the imposition of additional restrictions under Section 212(a)(3)(C) of the Immigration and Nationality Act on the issuance of visas for Chinese officials who are believed to be responsible for, or complicit in, policies or actions aimed at repressing religious and spiritual practitioners, members of ethnic minority groups, dissidents, human rights defenders, journalists, labor organizers, civil society organizers, and peaceful protestors.  Family members of such persons may also be subject to these additional restrictions," he said.

Mike Pompeo said the action demonstrates the U.S. government’s resolve to hold the Chinese Communist Party (CCP) accountable for its increasing repression against the Chinese people.

"This year, the United States has imposed visa restrictions and financial sanctions on CCP officials involved in the horrific abuses taking place in Xinjiang, restrictions on access to Tibet, and the destruction of Hong Kong’s promised autonomy.  Today’s action creates additional restrictions applicable to all CCP officials engaged in such repressive activities, no matter their location," he said.

"The United States stands with the many individuals persecuted for their peaceful efforts to exercise their rights – lawyers such as Xu Zhiyong, house church pastors such as Wang Yi, civil society activists such as Huang Qi, Uyghur academics such as Ilham Tohti, democracy advocates like Jimmy Lai, and Tibetan linguists and businesspeople such as Tashi Wangchuk," he said.

"We call for their immediate release and urge CCP authorities to respect the human rights and fundamental freedoms to which the people of China are entitled under the Universal Declaration of Human Rights," Pompeo said.