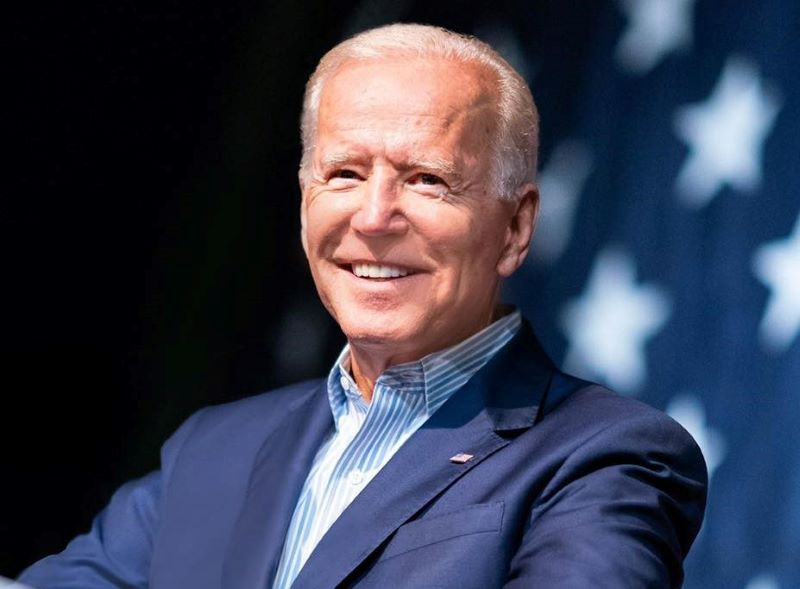 Wilmington/IBNS: US Democratic nominee Joe Biden, who is racing towards the White House, on Friday expressed an immense confidence in winning the Presidential race as incumbent Donald Trump is slowly losing out to his challenger.

"We don't have a final declaration of the victory yet but the numbers tell us a clear and convincing story that we are going to win this race," said Biden.

He added, "We are on track to win over 300 electoral college votes. We are going to win this race with a clear majority. The nation is behind us. We have got over 74 million votes, that is more than any Presidential ticket has ever got in the history of the United States of America."

As per the latest update by BBC News, Biden is ahead in 253 electoral college votes as opposed to Trump's 214.

But significantly, Biden has managed to take a lead in all four key states, Arizona, Georgia, Nevada and Pennsalvania, where Trump was ahead a day ago.

"We are going to be the first Democrat to win in Arizona in 24 years and Georgia in 28 years and rebuilt the blue wall in the middle of the country that had crumbled four years ago," the Democratic nominee said.

Though the final results are yet to be declared and the vote counting process is underway, Biden on Friday sounded the President-elect detailing the actions he has already started to take on a number of issues.

"While we are waiting for the final results, I want people to know that we are not waiting to get the work done. Yesterday, Senator Harris (Kamala Harris, Democratic nominee for Vice President) and I held meetings with groups of experts on public health and the economic crisis this country is facing. The pandemic is getting worse and all across the country. Daily cases are skyrocketing," said Biden.

Narrating his personal experience, he added, "We will never be able to measure all that pain, the loss, suffering so many families have experienced. I know how it feels to lose someone. I want them to know they are not alone.

"We are going to put on a plan to control the virus. We can't save any of the lives lost but we can save a lot of lives in the months ahead."

Considering that he is going to win the elections, Biden said, "People have given us a mandate for action on Covid (Covid-19), the economy, climate change, systemic racism."

In a veiled attack on US President Donald Trump, who wants the vote counting to stop, Biden said, "We are proving again what we have proved 244 years in this country that democracy works. Your vote will be counted. I don't care how hard people try to stop it. I will not let it happen. People will be heard."

Reiterating her previous statement, he said, "We need to remain calm, patient and let the process work out as we count all votes."

Despite a stiff conflict with the Republicans, Biden gave a message of inclusion saying, "We may be opponents but we are not enemies. We are Americans.

"It's time for us to come together to heal. We have to try. Our work is hard for all who have voted for and against me. That's the job. That is the duty of care for all Americans."