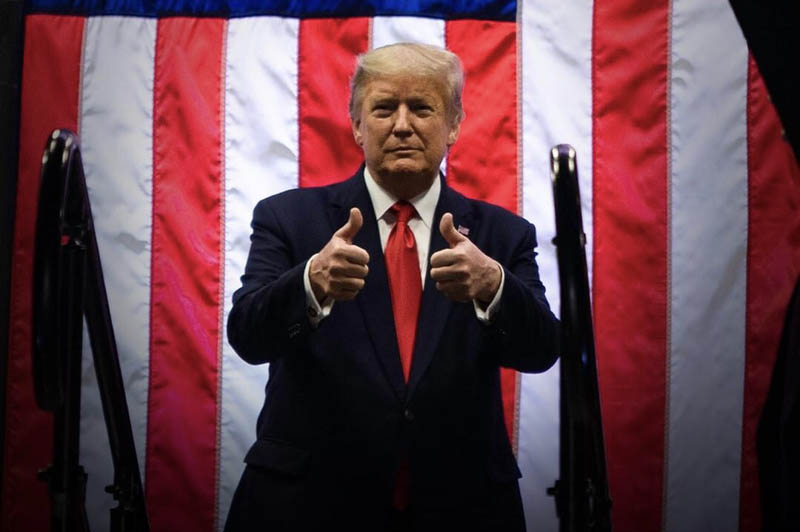 Washington/IBNS: US President Donald Trump on Wednesday claimed his victory even before the emergence of a clear picture of who could enter the White House winning the high-pitched Presidential Election.

Meanwhile, Trump has said he would move the Supreme Court asking the voting in the election to stop.

"We are going to the Supreme Court to stop voting so that they (Democrats) can't fudge it," the US President said.

He has also called the election a "fraud" on the people of the country.

Though he is trailing at the present moment, Trump is projected to win key states, Georgia, Michigan, North Carolina, Florida, Iowa, Texas.

However, the complete picture of election results may take a few days to come as postal ballots and emails are yet to be counted.