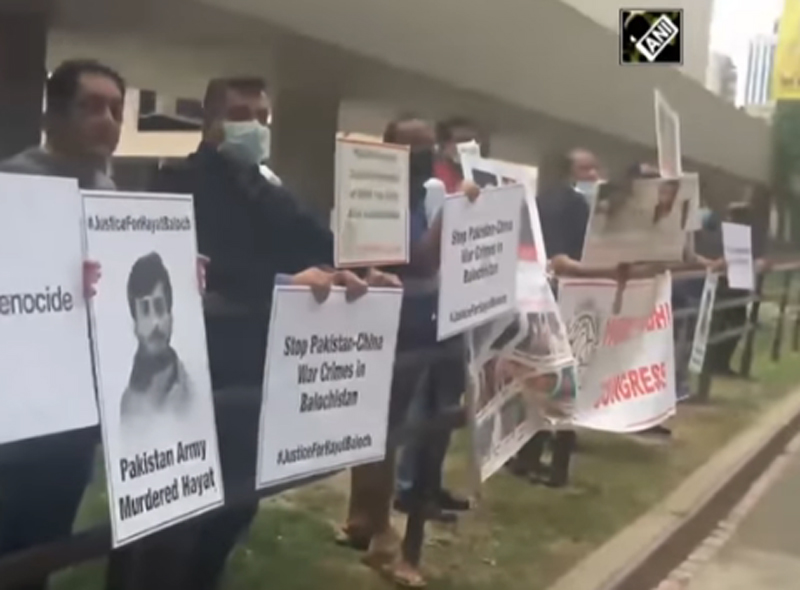 The demonstrators were demanding the United Nations and international community to press Pakistan to end forced disappearances, enforced conversion to Islam and extrajudicial killings.

The demonstrators were also joined by “Free Hong Kong” agitators as they raised slogans against Pakistan and China.

An activist toll ANI, “We have gathered here on the day of International Day of Forced Disappearances to protest against enforced disappearances."

"This has destroyed our lives and it’s affecting the present generation and will continue to impact the future generation as well.

"This practice will continue until terrorist state Pakistan exists on the map. We demand the international community to take note of the human rights abuses committed by Pakistan and put an end to enforced disappearances," the activist said.