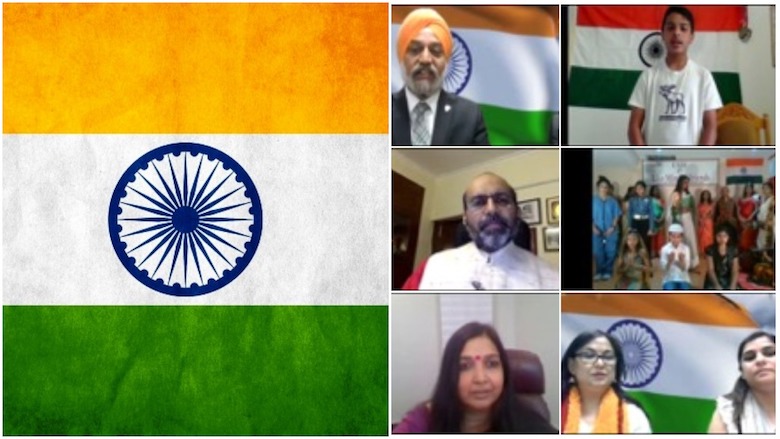 Toronto/IBNS: As India celebrated their 74th Independence Day on Aug 15, the diaspora community in Canada was not lagging behind as they pulled off a virtual gathering to join the occasion.

India International Centre for Canada (IICC) along with Meadowvale College for Business and Technology, the India Foundation from New Delhi, in collaboration with the Consulate of India in Toronto celebrated the 74th independence day of India virtually.

This online event was organised to celebrate the oldest civilization, the diversity, the multiculturalism and the largest Democracy in the world.

This diverse group of children and women from Durham enthusiastically prepared a programme for independence day celebration to show multiculturalism and diversity of India.

The enriching lecture was  followed by questions and answer sessions.

The last attraction of the event was a patriotic song by a Toronto middle school student.

The Independence day ceremony concluded by thanks note from the organisers and with India’s National Anthem.