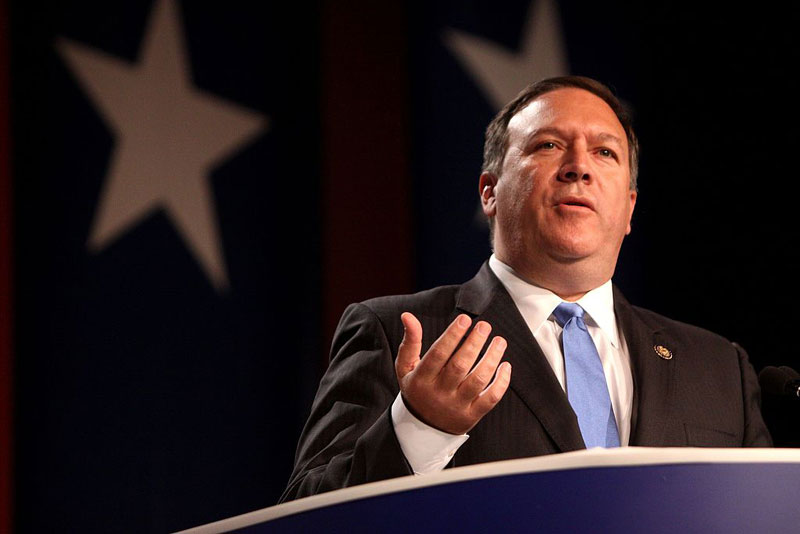 Washington/UNI: Coming down heavily on China's treatment of Uyghurs and other Muslim minorities of China, United States Secretary of State Mike Pompeo has called the Chinese actions as 'stain of the century'.

In an official statement issued on Friday, Pompeo said that the US is leading the world in taking action against the Chinese government for their mistreatment of their Muslim minority "The Chinese Communist Party’s human rights abuses in Xinjiang, China against Uyghurs and other Muslim minorities rank as the stain of the century. The Trump Administration has led the world’s effort to impose tangible costs on the PRC’s continuous campaign of repression, mass arbitrary detention, intrusive surveillance, forced labor, forced population control, involuntary collection of biometric data, and genetic analyses targeted at these groups."

Pompeo announced the Trump administration's decision to impose sanctions on the Xinjiang Production and Construction Corps (XPCC), a paramilitary organization subordinate to the CCP.

"On July 9, 2020, the United States designated Chen Quanguo, the current First Party Secretary of the Xinjiang Production and Construction Corps (XPCC), for his connection to serious human rights abuse in Xinjiang. Following his arrival in the region, Chen Quanguo began implementing a comprehensive surveillance, detention, and indoctrination program in Xinjiang, targeting Uyghurs and members of other ethnic minorities. The XPCC has been directly involved in implementing these measures. Today, the U.S. has imposed sanctions on the XPCC."

Pompeo also called on all countries to come together in condemning the Chinese government's poor human rights record.