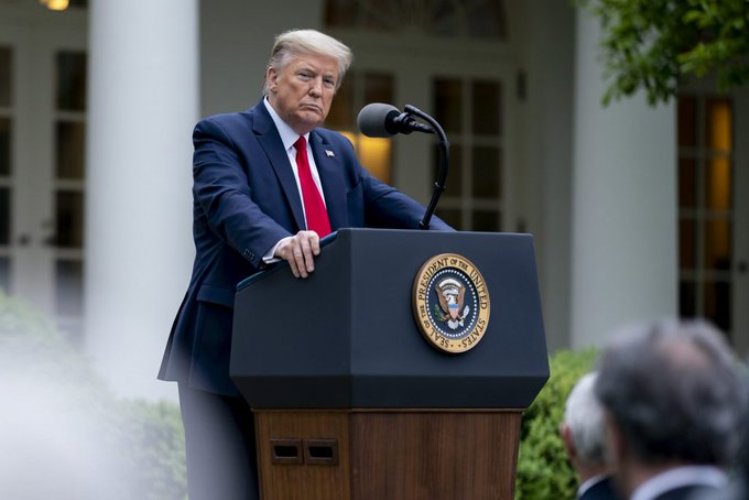 Moscow/Sputnik: US President Donald Trump has thanked Washington police and the National Guard for their work during the major George Floyd protests in the US capital.

"Much smaller crowd in DC than anticipated. National Guard, Secret Service, and DC Police have been doing a fantastic job. Thank you!" Trump wrote on Twitter on Saturday.

Much smaller crowd in D.C. than anticipated. National Guard, Secret Service, and D.C. Police have been doing a fantastic job. Thank you!

Thousands of people took the streets of Washington DC on Saturday, staging rallies near the Lincoln Memorial and the White House and marching past the Capitol and the State Department.

According to a Sputnik correspondent, the Saturday demonstrations in the US capital could be the biggest day of protests yet.

A Sputnik correspondent reported that police were keeping a low-profile in DC on Saturday.

Officers, sometimes accompanied by National Guard soldiers, were present at the scene, but wore plain uniforms rather than riot gear and interacted amicably with people.

Security units were criticized for using excessive force earlier this week when protests turned violent in Washington, DC and were marred by looting and arson.

The current wave of mass protests in the US was sparked by the death of George Floyd, an African-American man, in police custody in the US state of Minnesota.

Floyd died on May 25 after Derek Chauvin, a Minneapolis white police officer, pinned him to the ground with his knee for over eight minutes.

A total of four police officers involved in the arrest have been fired in connection with the incident.