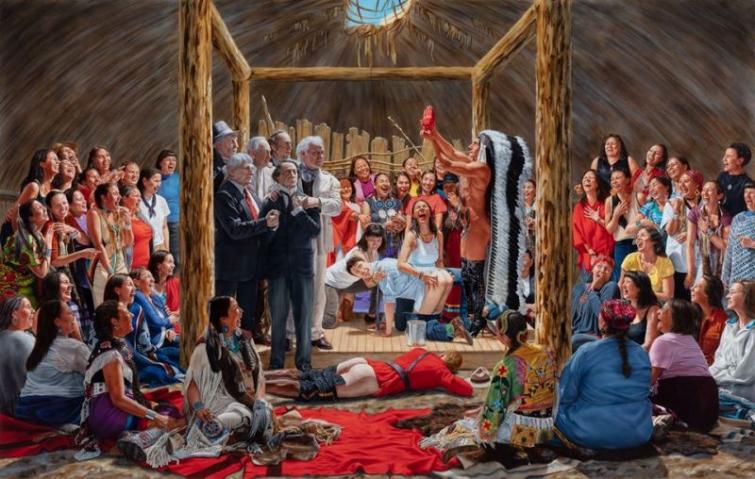 A Mountie lying on the ground with his pants down and Canada's former prime ministers in the crowd, watching is also shown in the painting.

He said his intention of posting the work on Facebook on Saturday was to highlight the Canadian injustice system in which indigenous women suffer violence and sexual assault at rates higher than other women in Canada, not knowing it would provoke a backlash.

Image of the red hand in the painting, which to many in the indigenous community is a symbol meant to honour missing and murdered indigenous women and girls (MMIWG) is seen by many as an insult.

Sinclair, an Independent Manitoba senator, praised Monkman work in a Facebook post and said that by reversing the roles of victim and victimizer,

"Monkman has managed to get people worked up over the obscenity of the content, in startling contrast to the intellectual calmness with which people look upon how Indigenous women were treated...He's talented. He's brilliant. He cares. Do you?" said Sinclair.

Monkman says he deeply regrets any harm caused and referring also to the okihcitâwiskwêwak in a context that could be interpreted in a disrespectful way.

The Prime Minister's Office refused to comment on Monkman's painting.