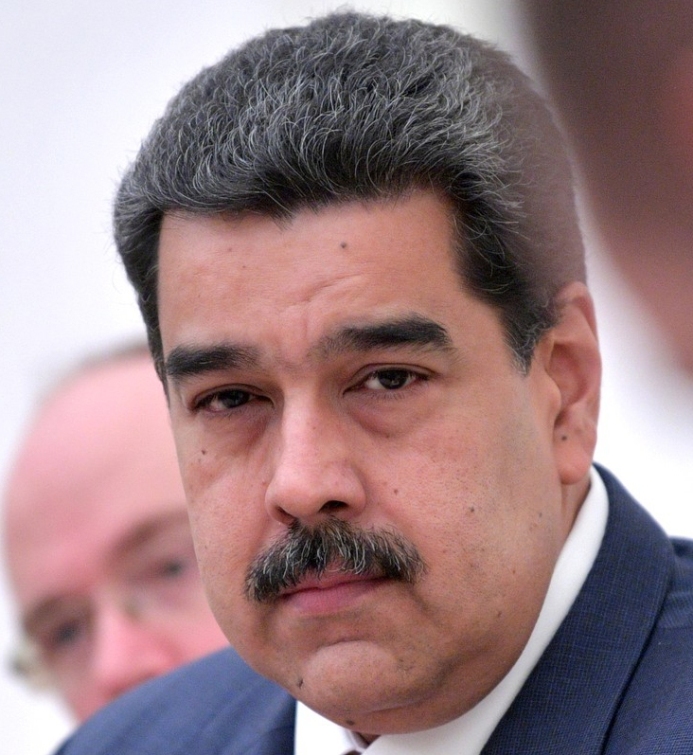 Moscow/Sputnik: Venezuelan President Nicolas Maduro said he was ready for a direct dialogue with the United States, as well as with opposition leader Juan Guaido

"If there’s respect between governments, no matter how big the United States is, and if there’s a dialogue, an exchange of truthful information, then be sure we can create a new type of relationship," Maduro said in an interview with the Washington Post newspaper.

According to the newspaper, this is Maduro's first interview to a US publication since February last year. Maduro also noted that he was ready for negotiations with Guaido, but would not agree to the opposition’s demands to resign.

"Guaido is responsible for having lost the National Assembly. He and his mistakes. Don’t blame me now. He’s the one that now has to answer to the United States," Maduro said.
He also said that he would prefer to speak directly with US President Donald Trump.

"I believe [US Secretary of State] Mike Pompeo has failed in Venezuela and is responsible for Donald Trump’s failure in his policy toward our country. I think Pompeo lives in a fantasy. He’s not a man with his feet on earth. I think Trump has had terrible advisers on Venezuela. [Former US National Security Adviser] John Bolton, Mike Pompeo, [US Special Representative for Venezuela] Elliott Abrams have caused him to have a wrong vision," Maduro said.

Venezuela's political crisis began last January when the country’s opposition leader Juan Guaido proclaimed himself interim president. A number of Western countries led by the US have recognized Guaido, while China, Russia, Turkey and some other states have stood behind Maduro.

Maduro has accused Guaido of collaborating with the United States to forcefully overthrow the government in Caracas in order to control Venezuela’s vast natural resources.