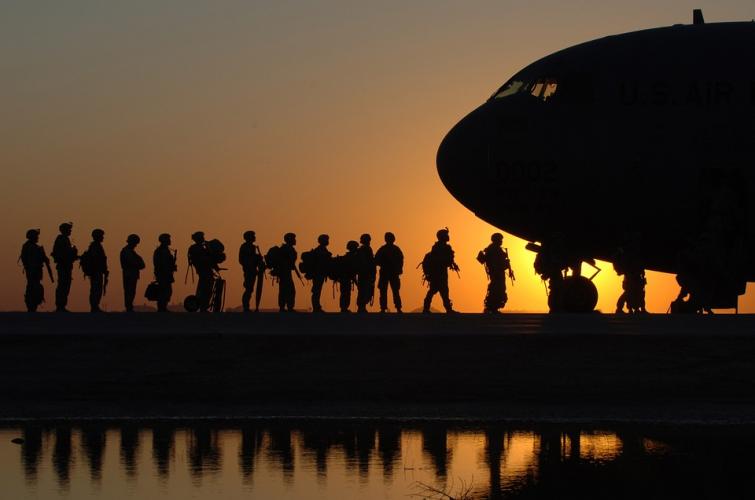 Washington (Xinhua/UNI) US Defense Secretary Mark Esper said roughly 1,000 US troops withdrawing from the northeastern Syria will be repositioned into western Iraq, according to a transcript released by the Pentagon on Sunday.

"The US withdrawal continues apace from northeast Syria. Again, we're talking weeks not days. We want to be very deliberate and very safe as we go about it," Esper told reporters on Saturday en route to Afghanistan, according to the transcript.


Based on the "current game plan," those forces, which are about 1,000, will be repositioned into western Iraq to help defend the war-torn country and perform a counter-the Islamic State (IS) mission, the Pentagon chief added.


The United States has been withdrawing around 1,000 US troops from northern Syria amid Turkey's military operations targeting the Kurdish forces in several parts of northeast Syria launched about two weeks ago.


US President Donald Trump said last week that the US troops leaving Syria will remain in the Middle East region to "monitor the situation," while a small number of US forces will remain at At Tanf Garrison in southern Syria to counter the remnants of the IS.


The United States and Turkey reached an agreement on Thursday over a five-day truce in northern Syria.


According to the pact, Washington will help facilitate an "orderly withdrawal" of Kurdish-led troops from what Ankara has termed as a "safe zone" on the Syrian-Turkish border.