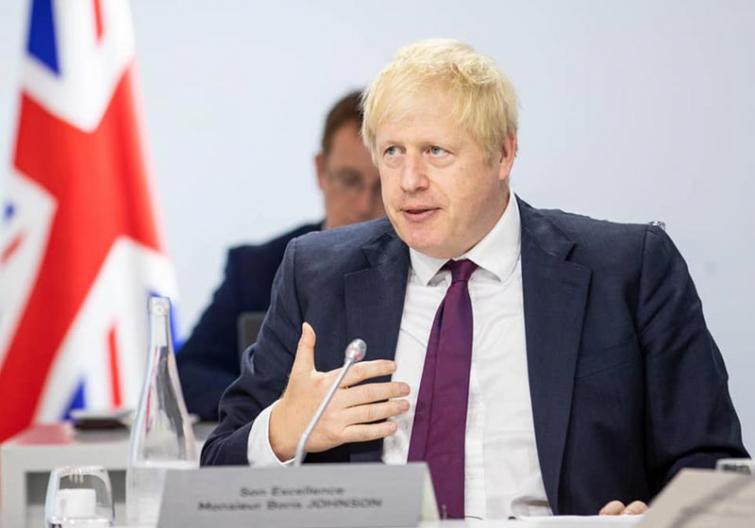 London, Oct 12 (UNI): UK Prime Minister Boris Johnson will introduce a motion asking lawmakers to support either the Brexit deal he may strike during his upcoming summit with other EU leaders or a delay at the first Saturday session of the UK parliament in almost 40 years on Oct 19, media reported on Saturday.

Johnson is expected to make last-ditch efforts to secure the deal on the UK departure with the EU leaders during the European Council summit, scheduled for Oct 17-18.

Earlier this week, UK media reported that the government will ask the House of Commons, the lower house of the UK parliament, to seat on Saturday, Oct 19, for the first time since the 1982 Falklands crisis in a bid to push through any deal Johnson brings from the summit. Media have already dubbed the seating "Super Saturday."

According to The Times, if the vote passes on Oct 19, lawmakers will have to work intensively as Johnson would seek to receive approval for the Brexit deal from both the lower and the upper houses before the Oct 31 deadline.

Notably, UK lawmakers have passed legislation, the so-called Benn Act, requiring the prime minister to ask the European Union for the deadline extension if either the withdrawal agreement or a no-deal option is not endorsed by the House of Commons by Oct 19.

UK media outlets have suggested that Johnson might also use "Super Saturday" for trying to scrap the Benn Act or, in case of no deal with the EU, to initiate a vote on further steps, which might include a second referendum or revoking the UK intention to leave the bloc.

Johnson has been seeking to withdraw the United Kingdom from the European Union either with a deal or without it. However, lawmakers have been opposing his approach.

The UK-EU talks on the withdrawal deal have also seen no breakthrough for months. However, on Friday, Brussels said the sides will intensify negotiations in the coming days.