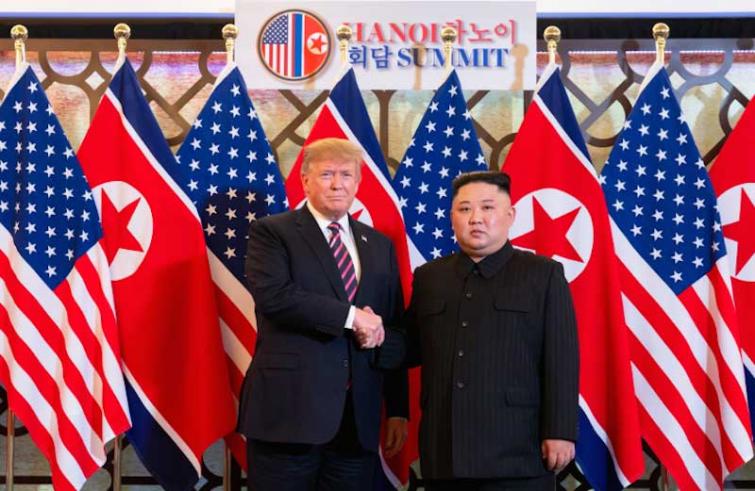 A letter containing the proposal was passed from the North Korean leader to Trump in the second half of August, the South Korean Joongang Ilbo newspaper said on Monday, citing diplomatic sources.


Last week, Trump told reporters that he could meet with Kim "at some point" this year.


The North Korean government has expressed readiness to resume negotiations with the United States in the second half of September. At the same time, North Korea has been conducting regular missile tests.


North Korean leader Kim Jong Un has been calling for more flexibility on the part of Washington, particularly with regard to sanctions, amid stalled talks between Pyongyang and the United States on the stabilization of the situation on the Korean peninsula.


Trump and Kim have held three meetings since June 2018.