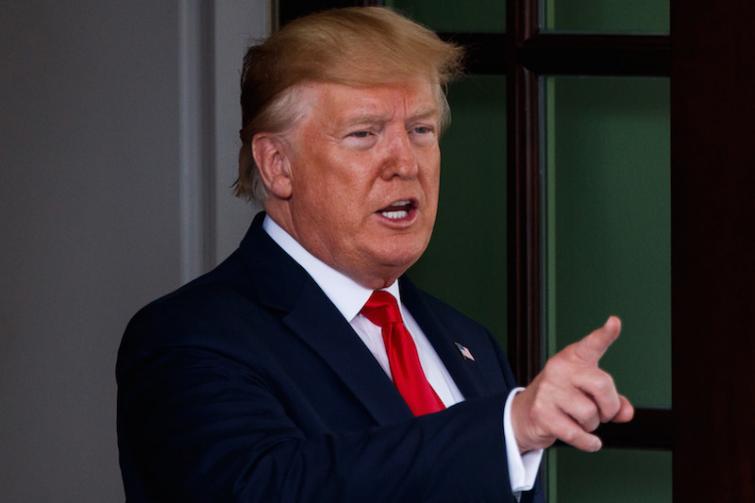 "The report of Iran capturing CIA spies is totally false. Zero truth. Just more lies and propaganda (like their shot down drone) put out by a religious regime that is badly failing and has no idea what to do. Their economy is dead, and will get much worse. Iran is a total mess!" Trump said via Twitter.

Earlier on Monday, the director of the Iranian Intelligence Ministry's counterespionage department said that Tehran uncovered a CIA network operating in Iran. The Tasnim news agency reported that the network was discovered on June 18 and some of the alleged spies have been sentenced to death while others received lengthy jail terms.

The Iranian intelligence official said that the suspects were employed in private sector firms linked to the nuclear, military and cyber industries, among other sensitive sectors.

US-Iran relations have deteriorated since Trump unilaterally withdrew the United States from the Joint Comprehensive Plan of Action (JCPOA), also known as the Iran nuclear agreement, last spring. The United States also re-introduced sanctions on almost all major sectors of the Iranian economy. Washington proclaimed it intends to bring down Iran’s sale of oil to zero.

In May, Tehran announced its own decision to partially suspend obligations under the JCPOA and gave the other agreement signatories - France, Germany, the United Kingdom, Russia, China and the European Union - 60 days to save the accord by facilitating oil exports and trade with Iran. As the deadline expired, Iran said it would begin enriching uranium beyond the 3.67 per cent level set in the JCPOA and warned it would gradually abandon its nuclear commitments every 60 days.