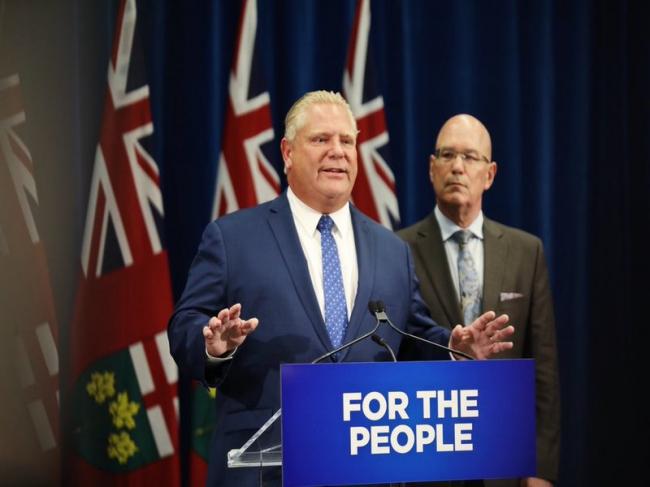 Canadian voters should get rid of Justin Trudeau: Doug Ford

Ottawa, Oct 31 (IBNS): Ontario premier and Progressive Conservative (PC) leader Doug Ford has said the country should get rid of Prime Minister Justin Trudeau in the next year, when the federal elections will be held, media reports said.

He has criticised Trudeau for his plan to impose carbon tax to tackle the climate change.

Ford has been quoted by The Hamilton Spectator as saying, "There's only one way — one way — we're going to get rid of the carbon tax and that is by getting rid of Justin Trudeau."

"Get rid of Justin Trudeau, you're going to have more money in your pocket. Businesses are going to be able to thrive," the premier added.

Acknowledging that climate change is a real problem, Scheer said as he has been quoted by The Hamilton Spectator as saying, "It's wonderful all the new voices that are coming out to fight this carbon tax."

Prime Minister Justin Trudeau has announced that under the Greenhouse Gas Pollution Pricing Act, Canada will implement a revenue-neutral carbon tax from 2019.

The federal carbon pollution price will start at $20 per ton in 2019.

The carbon tax will be applied in New Brunswick, Ontario, Manitoba and Saskatchewan.

The federal elections will be held in 2019.