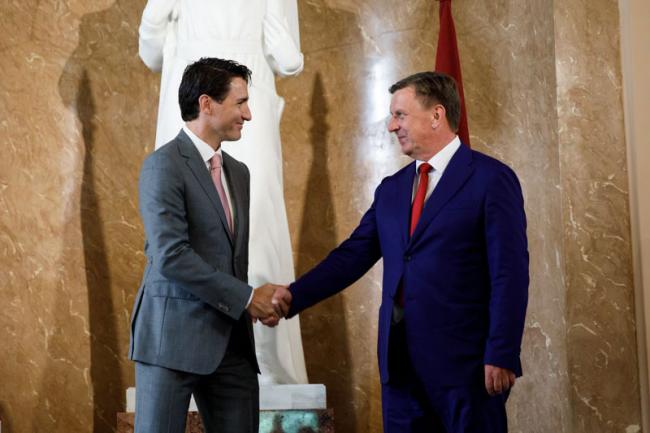 During his visit, Trudeau met with members of the Canadian Armed Forces (CAF) deployed on operation REASSURANCE. He reaffirmed Canada’s commitment to the NATO Alliance and trans-Atlantic security, and deepen the strong ties between Canada and Latvia.

Trudeau visited the Canadian-led multinational NATO enhanced Forward Presence (eFP) battlegroup Latvia and met with CAF members and the seven other allied nations that make up the battle group.

Issuing a statement, Trudeau said: "It was an honour to meet with Canadian Armed Forces members deployed to Latvia on Operation REASSURANCE. I saw firsthand the contributions they are making in Latvia.

"All Canadians can be proud of how they are representing our country and working with our Allies to maintain security and stability in the region."

The PM announced that Canada will renew its contribution to NATO’s eFP through Operation REASSURANCE for another four years, from April 2019 to March 2023.

The summit will be held on Wednesday and Thursday in Brussels, the capital city of Belgium.