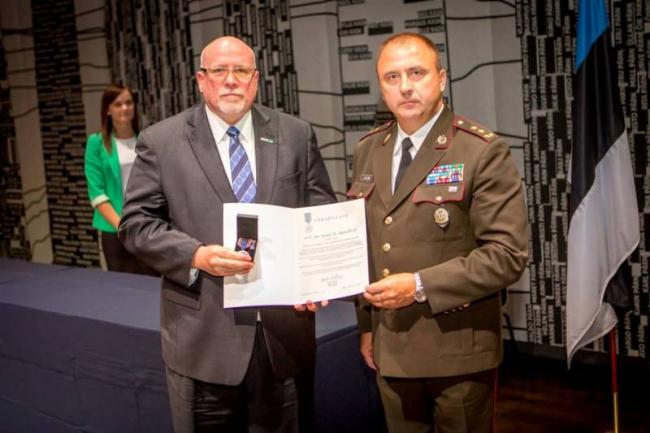 US ambassador to Estonia quits over Trump remarks

Washington, Jun 30 (IBNS): Frustrated at comments made by US President Donald Trump regarding America-Europe ties, the country's ambassador to Estonia has decided to relinquish his position, reports said on Saturday.

James D Melville made his decision public through a Facebook post, which was later confirmed by a State Department spokesperson.

The US diplomat was unhappy with Trump taking a dig at the European Union and North Atlantic Treaty Organization, accusing them of taking advantage of America.

"For the president to say the EU was 'set up to take advantage of the United States, to attack our piggy bank', or that 'Nato is as bad as Nafta [the North American Free Trade Agreement]' is not only factually wrong, but proves to me that it's time to go," Melville's post read.

A career diplomat, Melville was nominated in 2015 as the ambassador in Estonia by former US President Barack Obama.

Confirming his departure, the spokesperson said, "Earlier today, the United States' Ambassador to Estonia, Jim Melville, announced his intent to retire from the Foreign Service effective July 29 after 33 years of public service."

Prior to Melville's resignation, Trump had told reporters on Friday that the NATO members are unfair in their dealings with the US.

The US diplomat also joined a list of people who have deemed themselves unfit to work under the current American President.

Earlier this year, Elizabeth Shackelford, the US mission to Somalia, quit from her post.

In her resignation letter, she said that it wasn't possible for her to work anymore as the 'US had abandoned human rights as a priority'.