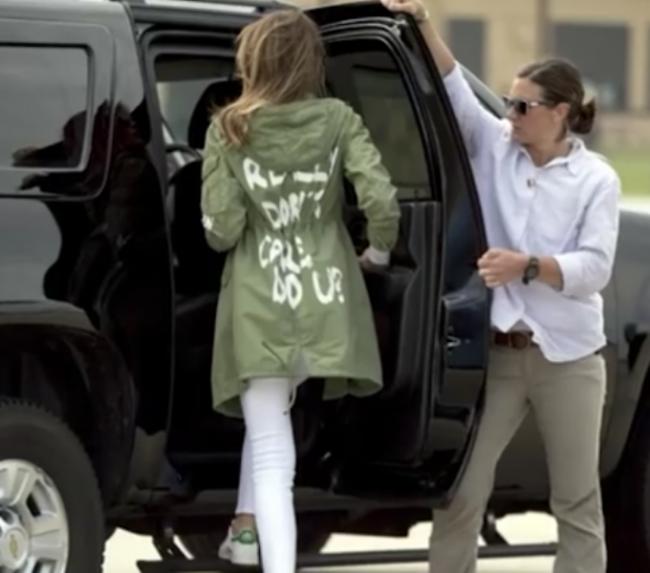 Melania was wearing a jacket in which "I really don't care do you" was written while she boarded flight.

Taking the row to another level, US President Donald Trump tweeted to say that the quote on Melania's jacket referred to fake news media.

Trump tweeted, "“I REALLY DON’T CARE, DO U?” written on the back of Melania’s jacket, refers to the Fake News Media. Melania has learned how dishonest they are, and she truly no longer cares!"

Melania's spokeswoman Stephanie Grisham too lashed out at the US media for giving emphasis on the First Lady's jacket.

Grisham tweeted, "Today’s visit w the children in Texas impacted @flotus greatly. If media would spend their time & energy on her actions & efforts to help kids - rather than speculate & focus on her wardrobe - we could get so much accomplished on behalf of children."

The First Lady of the United States of America, Melania Trump, had joined others in slamming the new US child migrants policy that severs family who enters the country illegally.

According to the First Lady's spokesperson, she 'hates to see children separated from their families'.

Like many prominent personalities in the US, Melania is also batting for a successful immigration reform.