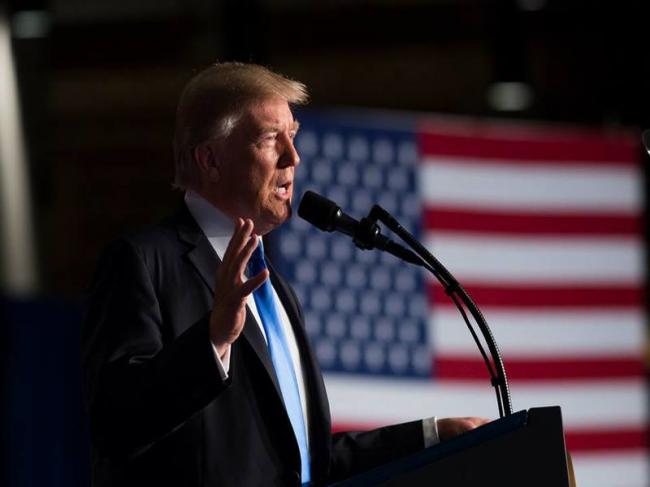 Washington, Apr 30 (IBNS): US President Donald Trump has attacked comedian Michelle Wolf for her acts in the White House Correspondents' Dinner, which occurs every year.

Criticising Wolf in a tweet, Trump referred to the comedian as "filthy".

Trump's tweet reads, "The White House Correspondents’ Dinner was a failure last year, but this year was an embarrassment to everyone associated with it. The filthy “comedian” totally bombed (couldn’t even deliver her lines-much like the Seth Meyers weak performance). Put Dinner to rest, or start over!"

Poking Trump, Wolf said on Sunday night, "Mr. President, I don't think you're very rich. Let I think you might be rich in Idaho but in New York you are doing fine. Trump is so broke....He has to fly failed business class."

Continuing her speech, the comedian said she would like to make fun of Trump's cabinet members but can't as all of them have been "fired".

She did not spare the Democrats, the rival of Donald Trump and Republicans in the US politics too.

Taking a dig at the Democratic Party, Wolf said: "The Democrats are harder to make fun of because you guys don't do anything."

The White House Correspondents' Dinner is generally attended by US Presidents and have fun through poking.

However, Trump skipped the event for the second consecutive time.