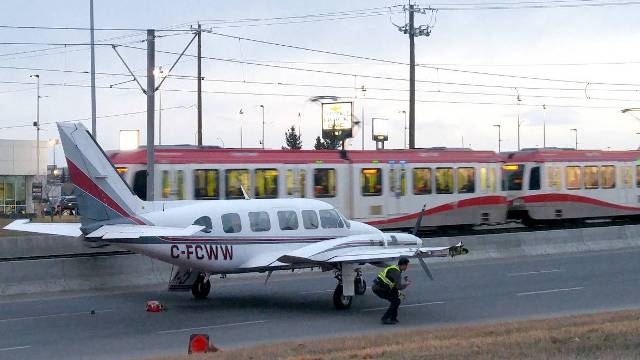 There were six people on board but no injuries were reported.

The Piper Navajo plane was heading to Calgary International Airport just after 5.30am when engine trouble forced the pilot to land on the roadway.

Jason Graham, acting district chief of the Calgary Fire Department, said that the pilot did "an amazing job" to land the craft safely.

(Reporting by our Canadian bureau)