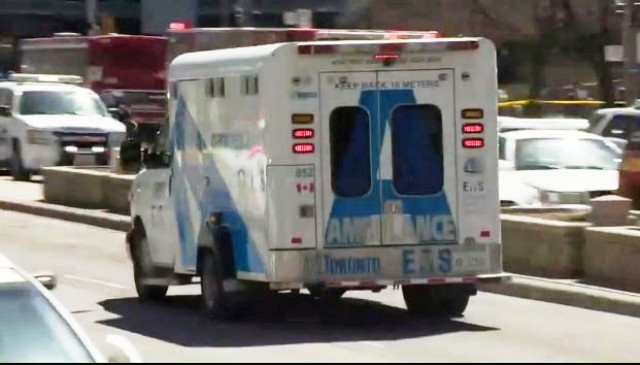 Toronto, April 24 (IBNS)  In what seemed like an act of terrorism, a white van in Toronto mounted the kerb and struck several pedestrians killing at least nine and injuring several others on Monday in Canadian city of Toronto, police said.

Police said at least 16 were injured, including five in critical condition. The incident occurred at around 1:27 p.m.

The van involved in multiple pedestrians stuck in the Yonge and Finch area of Toronto has been located and the driver arrested, Toronto Police said.

The van involved in multiple pedestrians stuck in the Yonge and Finch area of Toronto has been located and the driver arrested. ^sm

Canada's Minister of Public Safety Ralph Goodale confirmed the casualties and tweeted:" Our thoughts are with all those affected by the terrible incident at Yonge and Finch in Toronto. Thank you to the first responders working at the scene – we're monitoring the situation closely. "

According to CBC News quoting, spokesperson for Sunnybrook Hospital on Bayview Avenue, seven patients had been brought to its trauma centre and that its emergency department had been locked down as a precaution.