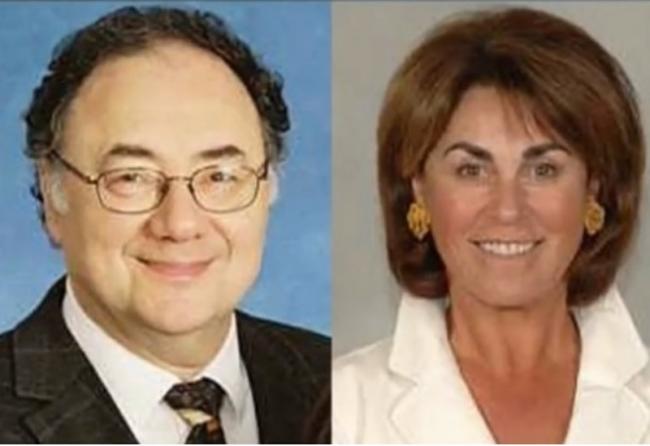 Following the development, Toronto police have said that their murder unit will investigate the case.

A police statement read: "Post-mortem examinations were carried out yesterday and today. The cause of death for both deceased was ligature neck compression. Toronto Police Service Homicide has taken the lead in this suspicious death investigation."

Earlier, the Sherman family rejected police theory that the death was unnatural.

A family statement read: "Our parents shared an enthusiasm for life and commitment to their family and community totally inconsistent with the rumours regrettably circulated in the media as to the circumstances surrounding their deaths."

"We are shocked and think it's irresponsible that police sources have reportedly advised the media of a theory which neither their family, their friends nor their colleagues believe to be true," the statement added.

The couple were found dead by their estate agent in Toronto.

The founder of Apotex, the largest exporter of generic drugs in Canada and the world's seventh largest pharmaceutical company, Barry Sherman's wealth was estimated to be around $3.2 billion by Forbes.

His death was condoled by the Canadian Prime Minister Justin Trudeau and his wife Spohie.

Trudeau tweeted, "Sophie and I are saddened by news of the sudden passing of Barry and Honey Sherman. Our condolences to their family & friends, and to everyone touched by their vision & spirit."