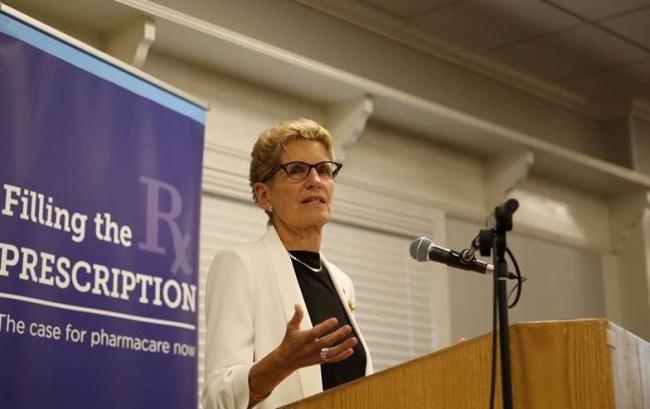 Premier Kathleen Wynne threatened the US of imposing similar trade barriers if the US continues with their 'Buy American' policy.

The policy is favoured by the US President Donald Trump.

Wynne said she communicated to the commerce secretary of Donald Trump, Wilbur Ross, that "we will retaliate if necessary".

“There will be real damage done on both sides of the border if Buy America takes hold in any way across the country. And the expectation of our industry will be that we will act in accordance, and we will put in place similar barriers,” she added.

“And that’s what creates a trade war. And we’re not interested in that, we’ve managed to avoid that, we don’t want to go there, but we are prepared to. It’s what our businesses would expect of us," the Premier was quoted by the Star.

Buy Americans policy in general implies that only US firms will be preferred for the US government's projects, hitting the Canadian firms.

The US is trying to include the 'Buy American' policy in the NAFTA (North American Free Trade Agreement ) also, though the Canadian government said they are resisting the pressure.

Wynne's remarks on Thursday after half-an-hour meeting with Ross is considered to be the toughest and strongest till date.