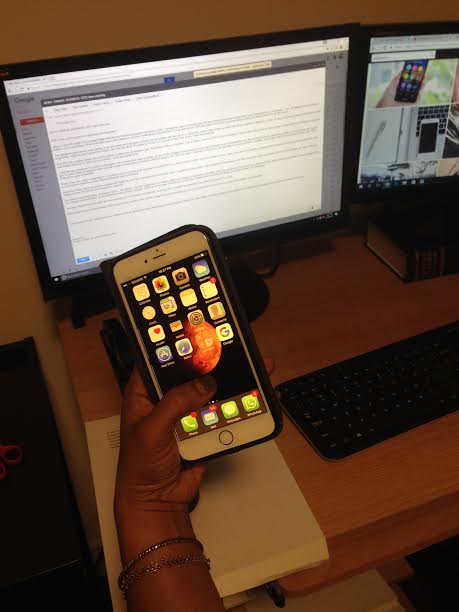 India Blooms News Service | | 16 Jun 2017, 07:31 pm
#CRTC, #UNLOCK, #WIRELESS, #CELLPHONE, # JEANPIERRE
Ottawa, June 16 (IBNS):The Canadian Radio-television and Telecommunications Commission (CRTC), the regulatory agency for broadcasting and telecommunication, on Friday announced that as of Dec 1, 2017, all individual and small business wireless service customers will have the right to have their cellphones and other mobile devices unlocked free of charge upon request.

CRTC also added that all newly purchased devices must be provided unlocked from that day forward.

The cell phone users will also avail updates to the trial period which will allow customers who are unhappy with their service to cancel their contract within 15 days and return their device in near-new condition at no costs, as long as they have used less than half their monthly usage limits. While the major players like Rogers, Bell, Fido only allows 30 minutes or 15 days to a customer to make their decision under the existing law.

The CRTC also clarified certain rules that are already in place under the Wireless Code. The Wireless Code is a mandatory code of conduct created by CRTC in 2013 for providers of retail mobile wireless voice and data services to make it easier for Canadians to understand their mobile contracts, to switch service providers, and to prevent bill shock.

Under the new amendment for family or shared plans, the account holder must, by default, be the one who consents to data overage and data roaming charges beyond the established caps ($50 and $100 per month, respectively).

Wireless service providers may, however, allow account holders to authorize other users on a family or shared plan to consent to additional charges. The CRTC also made it clear that in all instances, the caps apply on a per account basis, regardless of the number of devices associated with the account. These clarifications apply immediately.

Finally, there were various interpretations of a wireless plan’s key terms in the marketplace and the CRTC has clarified that they include voice, text and data services. These terms cannot be unilaterally changed by the service provider during the contract period without the account holder’s express consent. These clarifications apply immediately.

Meanwhile, Radha who is an existing customer with Rogers for more than a decade contact the Rogers sales to upgrade her wireless device while going through their existing online offers but Rogers brought some hidden clause to her like premium plus. She is hoping the change will stop the provider from reaping the customers.

According to Jean Pierre Blais, Chairman of CRTC, “The Wireless Code has helped make the wireless market more dynamic to the benefit of anadians. While they appreciate the Code, they told us loudly and clearly that it could be more effective. We have listened to them. The changes and clarifications we are announcing today will give Canadians additional tools to make informed choices about their wireless services and take advantage of competitive offers in the marketplace.”

Minister Bain on his comment lauded CRTC decision in his statement. Bain said the change will provide Canadians with more choice and make
it easier for them to switch to other wireless service providers,”


John Lawford of Public Interest Advocacy Centre showed his appreciation saying these changes should eliminate “cheating” by major wireless providers to ensure contract holders are in control of any data overages they encounter when using their devices.