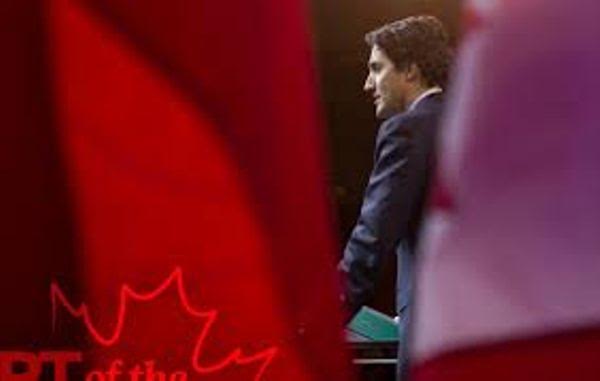 No ties as important as one with indigenous people: Canada PM

India Blooms News Service | | 18 Apr 2017, 07:07 pm
#Justin Trudeau, #Canada, #CanadaPrimeMinister, # indigenous people:
Toronto, Apr 18 (IBNS): Canadian Prime Minister Justin Trudeau has said that no relationship is more important to his government than the one with the Indigenous Peoples of the land.

"There is no relationship more important to our government than the one with Indigenous Peoples. We are committed to a renewed nation-to-nation, Inuit-to-Crown, and government-to-government relationship based on recognition of rights, respect, co-operation, and partnership," he said on Monday as Canada  celebrated its 35th anniversary of the Canadian Charter of Rights and Freedoms.

Justin Trudeau in the statement from Ottawa on 35th anniversary of the Canadian Charter of Rights and Freedoms  said that the Charter for the past 35 years has helped build a nation which unites people coming from all over the world.

Trudeau continued to say that the Charter protects Canadians’ rights and freedom and brings unity in diversity and said,

“This year, we also mark the 35th anniversary of Section 35 of the Constitution Act, 1982, which recognizes and affirms Aboriginal and treaty rights," he said.

“The spirit and substance of the Charter are at the heart of Canada’s success, and should inspire us all as we work toward a fairer, more just and compassionate society.

“Today, I remind Canadians that we have no task greater than to stand on guard for one another’s liberties. The words enshrined in the Charter are our rights, freedoms, and – above all – our collective responsibility."

Three important milestones were being celebrated in Canada in 2017: the 35th anniversary of the adoption of the Charter of Rights and Freedoms, and section 35 of the Constitution Act 1982, and Canada’s 150th anniversary.