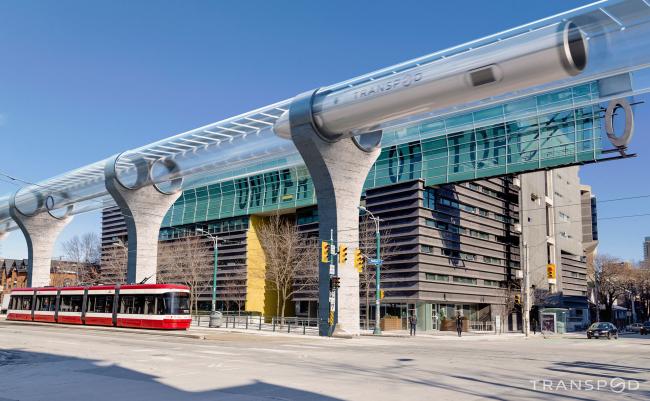 India Blooms News Service | | 01 Apr 2017, 11:09 am
#Hyperloops, #Calgary, #Edmonton, #TransPod, #RandD
Calgary, Apr 01 (IBNS): A Toronto based new technology firm is likely to take up a project of Hyperloops, which is a proposed mode of passenger and freight transportation that would propel a pod-like vehicle through a reduced-pressure tube, to connect Calgary with Edmonton, said media reports.

Revealing the idea the CEO of TransPod, Sebastian Gendron, said that they aimed at developing both transportation pod as well as tube technology above ground level to expand its scope of marketing and installation all over the world.

The hyperloop is basically a mode of transportation where passenger pods will move through low pressure pipeline at a speed of jetliner over medium range distances too far for cars but too short for air travel.

Though the company has been prospecting both locations at Ontario and Alberta, the latter is definitely showing more interest, said Gendron.

His immediate objective is to set up an R & D unit and test track for the pod.