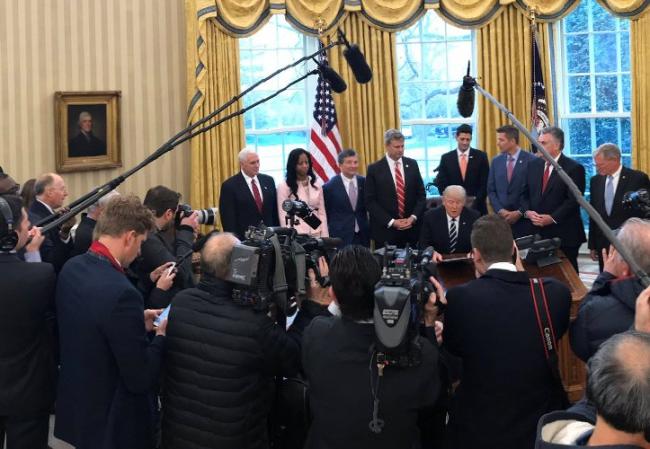 Trump took to Twitter to direct the issue and vent against the 'so-called angry crowds'.

Describing the issues as sad, he tweeted, "The so-called angry crowds in home districts of some Republicans are actually, in numerous cases, planned out by liberal activists. Sad!"

The 45th President of the United States of America was sworn in on Jan 20, earlier this year.

Following his decision to ban people from seven Muslim countries to travel into America, Trump was overwhelmed with protests from all sectors.

His new H-1B visa rule, which forces a company to pay more than double the base price they used to pay, also didn't go down too well with the corporate and I-T sectors.