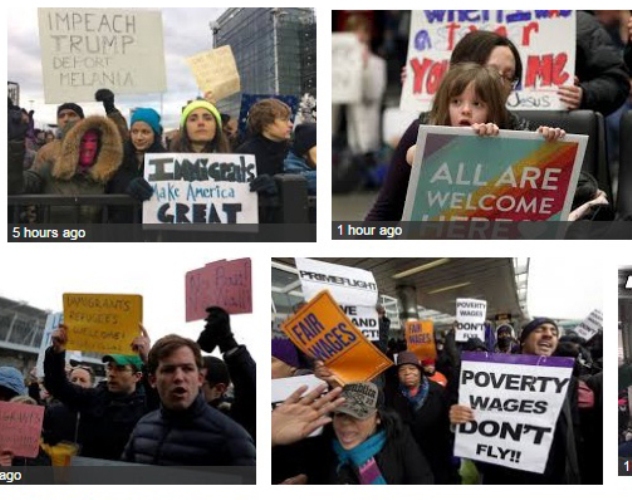 Soon after the order, several refugees arriving in the US have been held up at airports across the country.

Trump's former presidential rival Hillary Clinton tweeted: "I stand with the people gathered across the country tonight defending our values & our Constitution. This is not who we are."