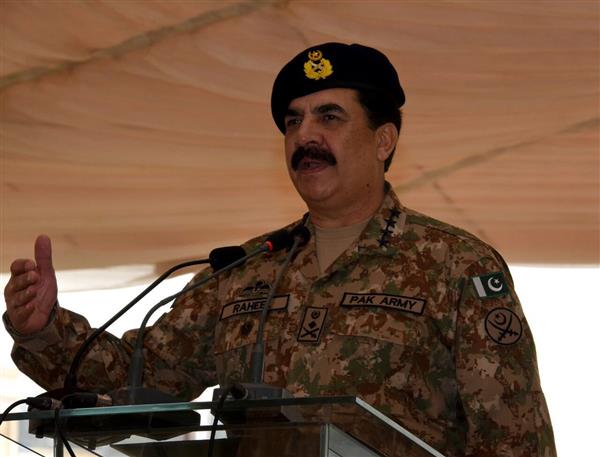 Thanking all ranks of the Army and Rangers for their services under his command, he said it was a matter of great pride for him to have commanded the finest Army in the world, Pakistan's ISPR said in a statement.

The COAS said that the accomplishment of peace and stability today was no ordinary task. It was our sacrifices and joint national resolve that helped us in off setting all odds against our country.

"We are fully prepared to respond to any challenge and no one could dare cast an evil eye on Pakistan," COAS emphasised.

Gen Raheel said that Op Zarb e Azb has resulted into a more secure and stable Pakistan with a sense of greater hope and direction.

Pakistani people are the most resilient and brave nation in the world who have always persevered in adverse conditions.

He urged the troops to follow the norms of their rich military tradition with even greater vigor and continue serving their people with utmost dedication, resilience and greater sense of sacrifice .