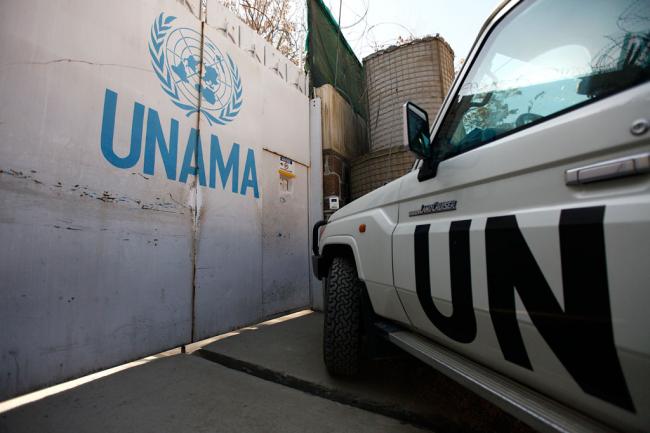 India Blooms News Service | | 12 Nov 2016, 08:17 am
# UN, # Afghanistan, # attack near German consulate, # Mazar
New York, Nov 12 (Just Earth News): The United Nations Assistance Mission in Afghanistan (UNAMA) has condemned last nightâ€™s attack, for which the Taliban has claimed responsibility, against civilians in the northern city of Mazar-e-Sharif, which killed four people and wounded more than 120 others.

According to UNAMA, a vehicle loaded with heavy explosives detonated near the German Consulate in Mazar last evening, killing four civilians and injuring 128 others, including 19 women and 38 children.

Those who survived the explosion suffered minor wounds from broken glass. Victims with serious injuries remain hospitalized. In addition, over 100 homes and shops nearby were damaged, according to the Mission.

UNAMA said that the Taliban claimed responsibility for the explosion, describing it as a revenge for recent airstrikes in the nearby province of Kunduz.

Under the customary international humanitarian law, attacks where civilians are being deliberately targeted as an attempt to spread terror among the population are considered to be war crimes.

The UN Mission expressed its sincere condolences to the families of victims and a speedy recovery to those injured.