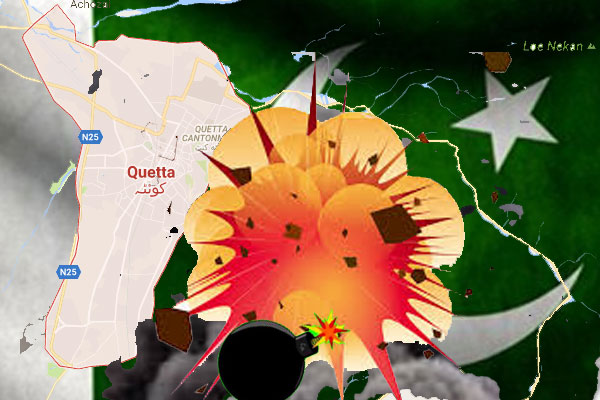 Geo News reported that the blast took place inside a civil hospital premises, after the body of Balochistan Bar Association President Bilal Kasi was brought to the emergency department.

Kasi was shot at Mano Road on Monday morning.

A state of emergency has been declared in Quetta hospitals.

No group has so far claimed responsibility for the attack.

The attack was condemned by Pakistan's Prime Minister Nawaz Sharif, who was quoted in the media as saying, "No one will be allowed to disrupt the peace of the province."

Speaking to Geo News, Zehri said that the explosion was a suicide attack.

Zehri was quoted by the media as saying, "We will not bow down before terrorists."